Only the Innocent by Rachel Abbott (DCI Tom Douglas #1)
Requirements: MP3 Player, 64kbps, 380MB
Overview: When philanthropist Hugo Fletcher’s dead body is discovered tied to a bed in his London home, Chief Inspector Tom Douglas determines right away that he’s hunting a female killer. Though Fletcher made countless enemies through his work with Eastern European prostitutes, the crime scene reeks of sex and revenge. This murder was personal.

Douglas knows Fletcher’s unhappy wife, Laura, should be his prime suspect. She’s definitely hiding something. Something big. But he isn’t convinced it’s murder. Besides, she’s not the only woman with a motive to kill the manipulative billionaire. So he digs deeper, into a tangled web of secrets and lies, unraveling the sordid life Fletcher lived outside of the media spotlight.

What he uncovers is shocking, forcing the veteran cop to ask himself: With a man like Fletcher, should the guilty be punished? Or should the innocent be protected?
Genre: Audiobook|Crime|Thriller|Mystery 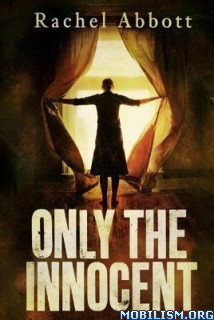