Nationalism and After: With a new Introduction from Michael Cox by E.H. Carr
Requirements: .ePUB, .PDF reader, 10 MB
Overview: Published in 1945, Nationalism and After was a best-selling classic in its own time which sparked intense debate when it first appeared and has continued to do so ever since. Authored in a moment of hope, E.H. Carr’s uncompromising critique of nationalism and plea for a more rational international order remains as relevant today as it did when it was first written. As the world is once again confronted by a rising tide of nationalism, Nationalism and After remains a beacon of hope in an era where reasoned critical analysis has never been more urgently required. It is here reissued in full with a new, definitive introduction by leading Carr scholar, Michael Cox.
Genre: Non-Fiction > General 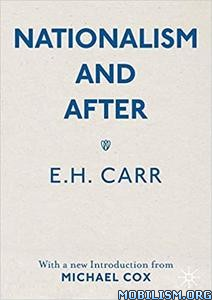