The Mystery of Beautiful Nell Cropsey by Bland Simpson
Requirements: Epub reader, 1.50 Mb
Overview: As compelling as fiction, The Mystery of Beautiful Nell Cropsey tells the dramatic story of the disappearance of nineteen-year-old Nell Cropsey from her riverside home in Elizabeth City, North Carolina, in November 1901. Bloodhounds, detectives, divers, and even a psychic were brought in to search for her. In the ensuing weeks, the story was taken up by major newspapers from Norfolk, Virginia, to New York City, putting the eastern North Carolina river-port town on the map and turning the case of "Beautiful Nell Cropsey" into a national sensation. Bland Simpson, who first heard the tale as an Elizabeth City schoolboy, weaves this true story into a colorful account told in three first-person voices: Nell’s sister Ollie, who blamed herself for the part she played in her sister’s fate; famous newspaper editor W. O. Saunders, who covered the case as a fledgling reporter; and Nell’s suitor Jim Wilcox, who was implicated in the case. Nell and Jim’s romance, her disappearance, the great search, and the community’s feelings of excitement, anger, and frustration are artfully reconstructed from interviews, court records, and newspaper accounts. The result is a fascinating retelling of Nell Cropsey’s story. But it is also an evocative look at a particular time and place, when the disappearance of a beautiful young girl could rivet the attention of a community and a nation.
Genre: Non-Fiction, True Crime 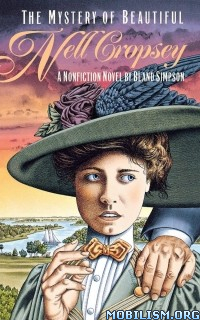