Merchant Seamen’s Health, 1860-1960: Medicine, Technology, Shipowners and the State in Britain by Tim Carter
Requirements: .PDF reader, 7.9 MB
Overview: This book examines successive campaigns fought by reformers to improve seamen’s health and fitness, sometimes aided by, often opposed by, bureaucracies and vested interests, such as ship-owners. It shows how these campaigns originated; how reformers, bureaucracies and vested interests interacted; and how far the campaigns succeeded. Among the many successes were the controls for infectious diseases such as malaria, yellow fever, tuberculosis and venereal infections; fewer accidents and health problems resulting from alcohol consumption; improvements to diet and medical care aboard ships; and improved assessment of seamen’s fitness, including for colour blindness, an essential requirement following the introduction of coloured navigation lights. During this period up to three quarters of all merchant shipping was British-owned and, while some British approaches in the field of maritime safety were widely adopted internationally, it was often the case that other nations could teach Britain much about protecting the health of seamen. Tim Carter recently retired as the Chief Medical Adviser to the UK Maritime and Coastguard Agency. He is a Professor in the Norwegian Centre of Maritime Medicine at the University Hospital in Bergen. Previously he was the Medical Director of the Health and Safety Executive.
Genre: Non-Fiction > History 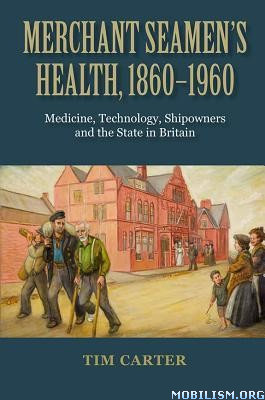