Maritime Communities of the Ancient Andes by Gabriel Prieto & Daniel H. Sandweiss
Requirements: .PDF reader, 39 MB
Overview: Maritime Communities of the Ancient Andes examines how settlements along South America’s Pacific coastline played a role in the emergence, consolidation, and collapse of Andean civilizations from the Late Pleistocene era through Spanish colonization. Providing the first synthesis of data from Chile, Peru, and Ecuador, this wide-ranging volume evaluates and revises long-standing research on ancient maritime sites across the region. These essays look beyond the subsistence strategies of maritime communities and their surroundings to discuss broader anthropological issues related to social adaptation, monumentality, urbanism, and political and religious change. Among many other topics, the evidence in this volume shows that the maritime industry enabled some urban communities to draw on marine resources in addition to agriculture, ensuring their success. During the Colonial period, many fishermen were exempt from paying tributes to the Spanish, and their specialization helped them survive as the Andean population dwindled. Contributors also consider the relationship between fishing and climate change—including weather patterns like El Nino. The research in this volume demonstrates that communities situated close to the sea and its resources should be seen as critical components of broader social, economic, and ideological dynamics in the complex history of Andean cultures.
Genre: Non-Fiction > History 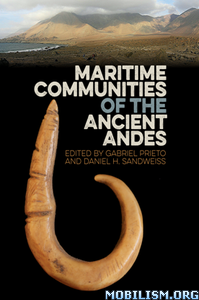