Making Sense of Pakistan by Farzana Shaikh
Requirements: .PDF reader, 1.3 MB
Overview: Pakistan’s transformation from supposed model of Muslim enlightenment to a state now threatened by an Islamist takeover has been remarkable. Many account for the change by pointing to Pakistan’s controversial partnership with the United States since 9/11; others see it as a consequence of Pakistan’s long history of authoritarian rule, which has marginalised liberal opinion and allowed the rise of a religious right.

Farzana Shaikh argues the country’s decline is rooted primarily in uncertainty about the meaning of Pakistan and the significance of ‘being Pakistani’. This has pre-empted a consensus on the role of Islam in the public sphere and encouraged the spread of political Islam. It has also widened the gap between personal piety and public morality, corrupting the country’s economic foundations and tearing apart its social fabric. More ominously still, it has given rise to a new and dangerous symbiosis between the country’s powerful armed forces and Muslim extremists. Shaikh demonstrates how the ideology that constrained Indo-Muslim politics in the years leading to Partition in 1947 has left its mark, skilfully deploying insights from history to better understand Pakistan’s troubled present.
Genre: Non-Fiction > Educational 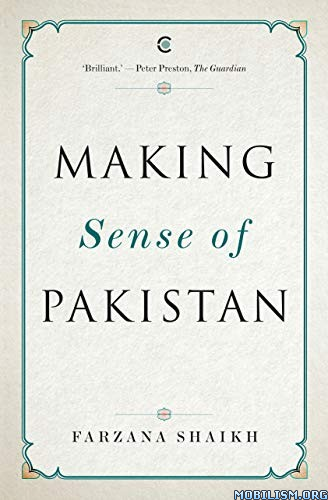