Lenin’s Legacy: Story of the Communist Party of the Soviet Union by Robert G. Wesson
Requirements: .ePUB reader, 2 MB
Overview: This concise monograph traces Russian Marxism from its beginnings to mid-1977, shows how and why the party achieved power, how it has strengthened its position, and how it has undertaken to remold the country and to solve its internal problems. Wesson’s study is the only up-to-date party history currently available. The book opens with background material on Russian discontent and endeavors to analyze the fundamental nature of Communist Party rule, taking into account new perspectives in Lenin’s revolution, the Stalinist period, and the Khrushchev years, as well as the latest period not covered in earlier accounts. It treats the rise of Lenin, the struggle for power after Lenin and after Stalin, and the consolidation of Brezhnev’s authority. As the most recent history of communism in the Soviet Union, it has great topical interest and is clearly written for the benefit of the student and general reader as well as the professional.
Genre: Non-Fiction > History 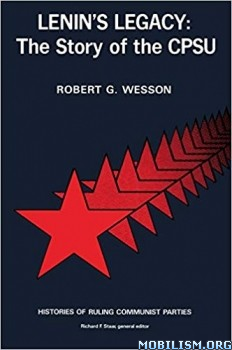