Left Turn: How Liberal Media Bias Distorts the American Mind by Tim Groseclose
Requirements: .MP3 reader, 354 MB
Overview: Dr. Tim Groseclose, a professor of political science and economics at UCLA, has spent years constructing precise quantitative measures of the slant of media outlets. He does this by measuring the political content of news, as a way to measure the PQ, or political quotient, of voters and politicians. Among his conclusions are these: (i) all mainstream media outlets have a liberal bias, and (ii) while some supposedly conservative outlets – such as The Washington Times or Fox News’ Special Report – do lean right, their conservative bias is less than the liberal bias of most mainstream outlets. Groseclose contends that the general leftward bias of the media has shifted the PQ of the average American by about 20 points, on a scale of 100, the difference between the current political views of the average American and the political views of the average resident of Orange County, California, or Salt Lake County, Utah. With Left Turn, listeners can easily calculate their own PQ and decide for themselves if bias exists.
Genre: Audiobooks > Non-Fiction 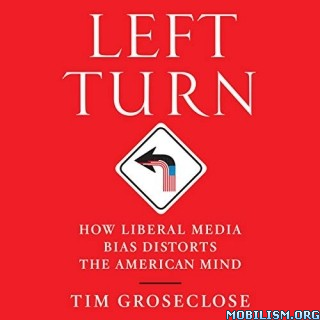