Kuhn’s ‘Structure of Scientific Revolutions’ at Fifty: Reflections on a Science Classic by Robert J. Richards , Lorraine Daston
Requirements: .PDF reader, 1.8 MB
Overview: Thomas S. Kuhn’s The Structure of Scientific Revolutions was a watershed event when it was published in 1962, upending the previous understanding of science as a slow, logical accumulation of facts and introducing, with the concept of the “paradigm shift,” social and psychological considerations into the heart of the scientific process. More than fifty years after its publication, Kuhn’s work continues to influence thinkers in a wide range of fields, including scientists, historians, and sociologists. It is clear that The Structure of Scientific Revolutions itself marks no less of a paradigm shift than those it describes.

In Kuhn’s “Structure of Scientific Revolutions” at Fifty, leading social scientists and philosophers explore the origins of Kuhn’s masterwork and its legacy fifty years on. These essays exhume important historical context for Kuhn’s work, critically analyzing its foundations in twentieth-century science, politics, and Kuhn’s own intellectual biography: his experiences as a physics graduate student, his close relationship with psychologists before and after the publication of Structure, and the Cold War framework of terms such as “world view” and “paradigm.”
Genre: Non-Fiction > Faith, Beliefs & Philosophy 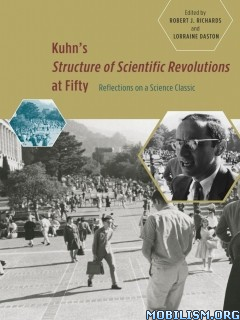