Johnny Dixon Mystery series by John Bellairs, Brad Strickland (Books 3-9, 12)
Requirements: ePUB/MOBI Reader, 10.5MB
Overview: The Johnny Dixon series began in 1983 with the publication of John Bellairs’ The Curse of the Blue Figurine. Similar to his Lewis Barnavelt series from the previous decade, the Dixon series introduced readers to a timid, young hero who has been forcibly moved from his comfort zone into a new environment; the difference here is that Johnny’s mother is dead of cancer and his father is overseas in the Korean War. The two series are also alike in that they each have supernatural overtones, unlike the initial outing in the Anthony Monday series. Bellairs spent a majority of his writing career documenting the adventures of Johnny and his elderly friend, Professor Roderick Childermass, churning out eight novels in a seven year period, including The Mummy, the Will, and the Crypt; The Spell of the Sorcerer’s Skull; and the time-traveling jaunt, The Trolley to Yesterday. The series expanded in its subsequent years to include a stalwart secondary cast of Byron “Fergie” Ferguson, Professor Charles Coote, Sarah Channing, and Father Thomas Higgins, through which Bellairs injected a number of Catholic rites and remembrances into the novels.
Genre: Young Adult | Mystery | Fantasy 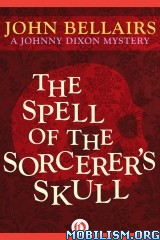 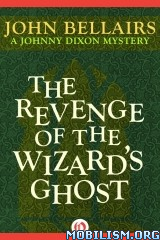 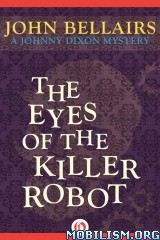 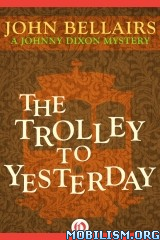 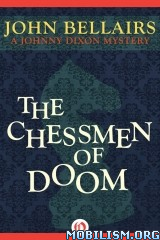 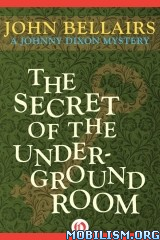 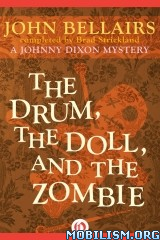 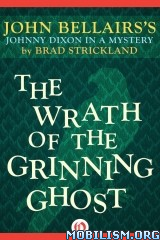 3.The Spell of the Sorcerer’s Skull – When Johnny Dixon and his friend Professor Childermass discover an old heirloom clock, the terror begins. The professor suddenly vanishes, and Johnny is left to solve the mystery–alone.
Inside the clock Johnny discovers a miniature room, a room exactly like the one in which a murder took place long ago. And from the inside the little room Johnny pockets a tiny skull with magical powers. But taking the skull is a terrible mistake–for dark demonic forces are unleashed the minute he picks it up.
Enlisting the aid of his friends Fergie and Father Higgins, Johnny embarks on a harrowing chase to a deserted island off the coast of Maine–where he must confront something more terrifying than his worst nightmares.

4.The Revenge of the Wizard’s Ghost – Collapsed in a weird trance, Johnny Dixon is dying. Professor Childermass and Fergie soon learn the horrifying reason: Johnny is possessed by the spirit of the evil Warren Windrow. In a desperate effort to find a clue that will save Johnny’s life, the professor and Fergie race to the gloomy Windrow estate. But demonic forces are waiting for them, and suddenly they’re fighting for their own lives.

5.The Eyes of the Killer Robot – At first, Johnny Dixon doesn’t believe Professor Childermass’s story about Evaristus Sloane, the insane inventor of a fiendish, baseball-pitching robot. Then Johnny sees faces at his window at night, and senses he’s being followed. Old Sloane has invented a new, improved robot, and he only needs one thing to bring it to life — Johnny’s eyes.

6.The Trolley to Yesterday – John Bellairs, the name in Gothic mysteries for middle graders, wrote terrifying tales full of adventure, attitude, and alarm. For years, young readers have crept, crawled, and gone bump in the night with the unlikely heroes of these Gothic novels: Lewis Barnavelt, Johnny Dixon, and Anthony Monday. Now, the ten top-selling titles feature an updated cover look. Loyal fans and enticed newcomers will love the series even more with this haunting new look!

7.Chessmen of Doom – In The Bell, the Book, and the Spellbinder, Johnny Dixon’s best friend Fergie steals an enchanted book from the library, and slowly falls under the spell of evil sorcerer Jarmyn Thanatos. In The Chessmen of Doom, Johnny and his friends must unravel the baffling riddle in Peregrine Childermass’s will — or an evil madman will unleash a force so powerful it could destroy the world!

8.The Secret of the Underground Room – Professor Childermass is stunned when Father Higgins claims that a ghost is trying to contact him. Then the priest disappears. When the professor and Johnny catch up to him, they make a terrifying discovery — Father Higgins is possessed by Masterman, the spirit of a long-dead knight determined to role the world. And it looks as if Masterman is going to get his way.

9.The Drum, the Doll, and the Zombie – When Johnny Dixon, Professor Childermass, and Fergie Ferguson have a party for their friend Dr. Coote, they expect the evening to be a blast—and it is!—but not quite the way they have in mind. As Fergie pounds out a rhythm on a small drum, a howling wind shakes the house and something explodes. Soon Johnny, the professor, and Fergie are in a battle with the fearsome Priests of the Midnight Blood for Dr. Coote’s life—and their own.

12.The Wrath of the Grinning Ghost – Johnny Dixon’s father, Major Dixon, falls into a coma, and Johnny knows an evil spirit is to blame! Johnny’s friends, Fergie and Professor Childermass, join Johnny as he fights for his father’s life in a weird and unearthly realm.