Italy and the Classical Tradition: Language, Thought and Poetry 1300-1600 edited by Andrew Laird, Carlo Caruso
Requirements: .ePUB reader, 2.5 MB
Overview: Italy’s original fascination with its cultural origins in Greece and Rome first created what is now known as ‘the Classical tradition’ – the pervasive influence of ancient art and thought on later times. In response to a growing interest in Classical reception, this volume provides a timely reappraisal of the Greek and Roman legacies in Italian literary history. There are fresh insights on the early study of Greek and Latin texts in post-classical Italy and reassessments of the significance attached to ancient authors and ideas in the Renaissance, as well as some innovative interpretations of canonical Italian authors, including Dante, Petrarch and Alberti, in the light of their ancient influences and models. The wide range of essays in this volume – all by leading specialists – should appeal to anyone with an interest in Italian literature or the Classical tradition. Italy’s early fascination with its Hellenic and Roman origins created what is now called ‘the classical tradition’.

This book focuses on the role of the Greek and Latin languages and texts in Italian humanist thought and Renaissance poetry: how ancient languages were mastered and used, and how ancient texts were acquired and appropriated. Fresh perspectives on the influences of Aristotle, Plutarch and Virgil accompany innovative interpretations of canonical Italian authors – including Dante, Petrarch and Alberti – in the light of their classical models. Treatments of more specialized forms of writing, such as the cento and commentary, and some opening chapters on linguistic history also prompt reassessment of Renaissance perceptions of both Greece and Rome in relation to early modern Latin and vernacular culture.
Genre: Non-Fiction > Educational 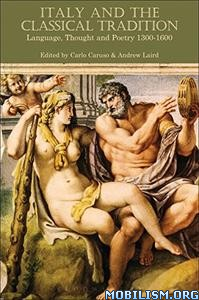