Inspector Faro Mystery series by Alanna Knight (books 12, 13, 18)
Requirements: ePUB / MOBI Reader, 1.8MB / 689KB
Overview: Alanna Knight has written more than sixty novels, three non-fiction titles on R. L. Stevenson, two true crime books, numerous short stories and several plays since the publication of her first book in 1969. Born and educated in Tyneside, she now lives in Edinburgh. She is a member of the Scottish chapter of the Crime Writers’ Association, and a founder member and Honorary President of the Scottish Association of Writers and of the Edinburgh Writers’ Club. Alanna was awarded an MBE in 2014 for her services to literature.
Genre: Fiction, Historical 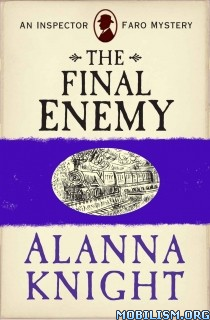 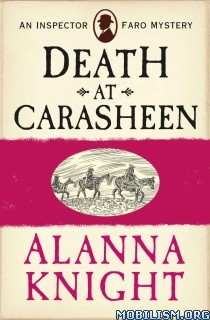 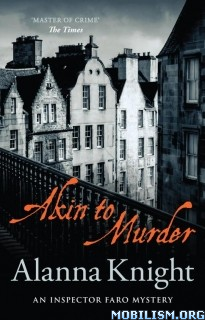 #12 – The Final Enemy
1889. Faro’s plans to meet his companion Imogen Crowe in Germany are shattered by a Royal command to escort Prince George of Luxoria from boarding-school in Scotland back to his strife-torn country. With assassins in pursuit even the Orient Express cannot guarantee their survival and Faro has a deeply personal reason for ensuring the prince’s safety – a secret concerning his birth that could destroy them both. (See ‘The Missing Duchess’).

#13 – Death at Carasheen
Faro is looking forward to a restful visit at Imogen Crowe’s home in Ireland, only to discover, on arrival, the brutal murder of a young couple and a community terrorised by a trio of young thugs, the Cara brothers, lairds of Carasheen. Reluctantly agreeing to assist the local police, there are three more inexplicable deaths – accidental or to avenge the murder? Faro’s ruthless search leads him into a web of life-threatening danger as well as imperilling Imogen and their future together. This book was originally published as Unholy Trinity: A New Case for Inspector Faro Hardcover by Alanna Knight

#18 – Akin to Murder
The year is 1864 and Detective Inspector Faro’s idyllic life has been shattered by the escape of convicted murderer John McLaw. With countless dead end sightings of the killer and further criminal activity Faro realises that this case is far more complicated than he had first assumed. When the disappearance of a maid comes to light, Faro begins to think there could be a link between her disappearance and the murder of Annie McLaw. His determination to unearth the truth becomes personal and in a race against time to solve the anonymities of the case, he takes matters into his own hands.