Impossible Citizens: Dubai’s Indian Diaspora by Neha Vora
Requirements: .PDF reader, 2 MB
Overview: Indian communities have existed in the Gulf emirate of Dubai for more than a century. Since the 1970s, workers from South Asia have flooded into the emirate, enabling Dubai’s huge construction boom. They now compose its largest noncitizen population. Though many migrant families are middle-class and second-, third-, or even fourth-generation residents, Indians cannot become legal citizens of the United Arab Emirates. Instead, they are all classified as temporary guest workers. In Impossible Citizens, Neha Vora draws on her ethnographic research in Dubai’s Indian-dominated downtown to explore how Indians live suspended in a state of permanent temporariness.

While their legal status defines them as perpetual outsiders, Indians are integral to the Emirati nation-state and its economy. At the same time, Indians—even those who have established thriving diasporic neighborhoods in the emirate—disavow any interest in formally belonging to Dubai and instead consider India their home. Vora shows how these multiple and conflicting logics of citizenship and belonging contribute to new understandings of contemporary citizenship, migration, and national identity, ones that differ from liberal democratic models and that highlight how Indians, rather than Emiratis, are the quintessential—yet impossible—citizens of Dubai.
Genre: Non-Fiction > Educational 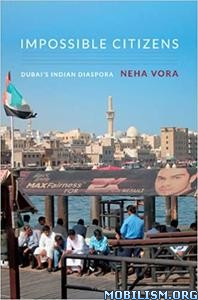