Idyll Threats by Stephanie Gayle (Thomas Lynch #1)
Requirements: Epub reader, 732 Kb
Overview: Clean-cut Thomas Lynch is police chief of Idyll, Connecticut, where serious crimes can be counted on one hand –until Cecilia North is found murdered on the town’s golf course. By chance, Chief Lynch met her mere hours before she was killed. The case should be a slam dunk. But there’s a problem. If he tells his detectives about meeting the victim, he’ll reveal his greatest secret–he’s gay.
So Lynch works angles of the case on his own. Without the aid of fellow detectives, he is forced to seek help from unlikely allies–a Goth teen and a UFO-obsessed conspiracy theorist. Meanwhile, he must contend with pressure from the mayor to solve the crime before the town’s biggest tourist event opens, all the while coping with the suspicions of his men, casual homophobia, and difficult memories of his partner’s recent death.
During the investigation, Lynch realizes that small town Idyll isn’t safe, especially for a man with secrets that threaten the thing that he loves most–his job.
Genre: Mystery, Thriller 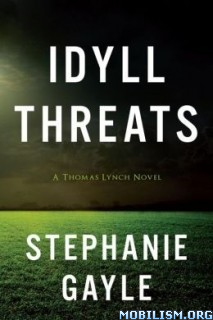