How to Steal a City: The Battle for Nelson Mandela Bay, an Inside Account by Crispian Olver
Requirements: ePUB Reader, 1 MB
Overview: In March 2015, I was tasked by Pravin Gordhan, the minister responsible for local government, to root out corruption in the Nelson Mandela Bay municipality in the Eastern Cape. Over the following eighteen months, I led the investigations and orchestrated the crackdown as the “hatchet man” for the metro’s new Mayor, Danny Jordaan. This is my account of kickbacks, rigged contracts and a political party at war with itself.’

How to Steal a City is the gripping insider account of this intervention, which lays bare how Nelson Mandela Bay metro was bled dry by criminal syndicates, and how factional politics within the ruling party abetted that corruption.

As a former senior state official and local government ‘fixer’, Crispian Olver was no stranger to dodgy politicians and broken organisations. Yet what he found in Nelson Mandela Bay went far beyond rigged contracts, blatant conflicts of interest and garden-variety kickbacks. The city’s administration had evolved into a sophisticated web of front companies, criminal syndicates and compromised local politicians and officials. The metro was effectively controlled by a criminal network closely allied to a dominant local ANC faction. What Olver found was complete state capture – a microcosm of what has taken place in national government.

Olver and his team initiated a clean-up of the administration, clearing out corrupt officials and rebuilding public trust. Then came the ANC’s doomed campaign for the August 2016 local government elections. Having lost its way in factional battles and corruption, the divided party went down to a humiliating defeat in its traditional heartland.

Olver paid a high price for his work in Nelson Mandela Bay. Intense political pressure and even threats to his personal safety took a toll on his mental and physical health. When his political support was withdrawn, he had to flee the city as the forces stacked against him took their revenge. This is his story.
Genre: Biographies & Memoirs 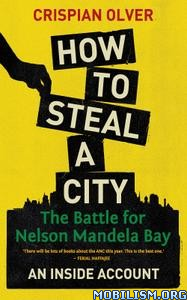