Horse Magick: Spells and Rituals for Self-Empowerment, Protection, and Prosperity by Lawren Leo
Requirements: .ePUB reader, 940 KB
Overview: Discover inner strength and wisdom by bringing the power of the equine spirit to life with spells, meditations, and creative visualization.

Along with the bear, horses are a primary creature associated with shamanism and traditions influenced by it. They appear in 25,000-year-old cave paintings, such as those at Lascaux. They find a role in the modern African diaspora traditions such as Haitian Vodou, whose devotees are called “horses” for the spirits who ride them during trances.

The spirit of the horse exists in the subconscious minds of humans and takes shape in various forms, whether as a symbol of fertility in the land, as in Celtic mythology, or as a psychopomp, which leads the dead to the next world. The horse has made its way into the current of our collective unconscious as a universal archetype.

Horse Magick contains spells, rituals, chants, and meditations for many purposes, loosely based around equine imagery. Numerous traditions are represented, as are many deities, including Athena, Epona, and Baba Yaga. No contact with actual horses is required.
Genre: Non-Fiction > Faith, Beliefs & Philosophy 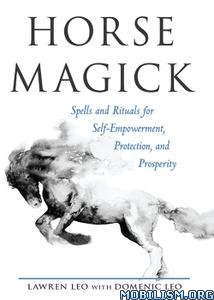