Honey, I F*cked The Plug 3 by Lisa Austin
Requirements: .ePUB reader, 412 KB
Overview: In this explosive Finale, things have taken a turn for the worse. Zoriana has been not only stepping outside her marriage with her husband’s brother and expecting his child but finds that she isn’t the only person holding secrets. Ansloe is living another life on the east coast, and instead of leaving well enough alone, Lil baby insists on poking the bear.

Vanessa just wanted to make her money, live the life of a single celebrity MUA and forget her past. Now, pregnant without knowing who her child’s father was, she decided to confront one of the possible daddies face to face. Toxic is dead, Vanessa is pregnant, and his twin girls are grieving. Now she’s stuck between a rock and a hard place.

Kitty Kat forces herself into her music to escape the pain of her past. She works herself to the bone all to live a lie. The kitty Kat that the world knows is simply a façade. There isn’t a man on this earth that can get her to open up; at least, that’s what she tells herself. Katilia is batting Kitty Kat in this Finale, but who will win?

The Plug has always been about his money. Since he was a young boy, he dreamed of being larger than life. A tragedy from a loved one forced him into the life he once dreamed of earlier than he anticipated. Now all grown up and rich, the last thing on his mind is settling down. He has a slew of women on his Rolodex but finds himself not only with a baby on the way but with a thudding heart as well… Plug would never have imagined that the woman to hold his heart belongs to the one person that changed his life for the worse, forever.
Genre: Fiction > Romance 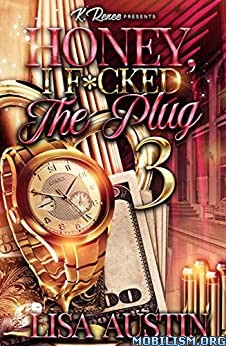