A History of Money and Banking in the United States: The Colonial Era to World War II by Murray N. Rothbard
Requirements: .MP3 reader, 278 MB
Overview: In what is sure to become the standard account, Rothbard traces inflations, banking panics, and money meltdowns from the colonial period through the mid-20th century to show how government’s systematic war on sound money is the hidden force behind nearly all major economic calamities in American history.Never has the story of money and banking been told with such rhetorical power and theoretical vigor. You will treasure this volume.
Genre: Audiobooks > Non-Fiction 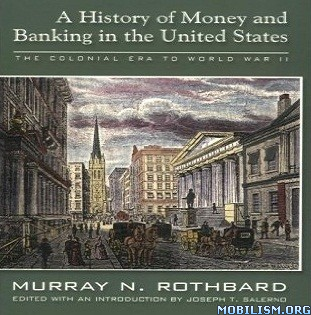