Hidden in Berlin: A Holocaust Memoir by Evelyn Joseph Grossman
Requirements: .ePUB reader, 3.7 MB
Overview: Lilo and Ernst survived the horrors of WW2 in the center of Berlin, but not without help. An incredible tale of survival and kindness.

Lilo was just a teenager when the Nazis took away her mother and father in September 1942. She never saw them again. A year later, she received another painful blow when her brother Hans was taken too. She was now alone at 19 years old in a dangerous and brutal world.

Until she heard one familiar voice that called her name, and saved her life.

Meanwhile, her boyfriend Ernst was hiding in a small room with his parents, doing all he could to ensure their survival, even when violent explosions and the possibility of exposure threatened to take their lives. They remained hidden for 27 months, but sadly it was only Ernst and his mother who emerged from the shelter after the war.

Ernst and Lilo eventually marry, re-locate to America, create a new life, and have a daughter who is the author of this book.

This deeply saddening yet touching memoir is not only about the horrific Nazi regime and how it affected both Lilo and Ernst but it is also a memoir to recognize and thank the heroic people who put themselves in danger to save their lives. Without them, we wouldn’t have the opportunity to read their important story.
Genre: Non-Fiction > Biographies & Memoirs 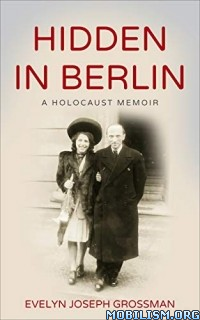