The Coffield Chronicles (Hearts Under Fire, #2) by TL Dickerson
Requirements: .ePUB, .MOBI/.AZW reader, 480kb
Overview: 1863 opens with a bang! President Abraham Lincoln issues his Emancipation Proclamation, freeing all slaves in the rebellious states. Independence Day is won twofold, when the Yanks win battles in Gettysburg, Pennsylvania, and Vicksburg, Mississippi. The Union Army is thoroughly exhausted by the time the siege at Vicksburg is won and the Stars and Stripes proudly wave atop the trenches they now possessed.

Melody Coffield, a.k.a. Lieutenant Melvin A. Coffield, survives battle, fighting even when the fear had threatened to overwhelm her. The Livingston Plantation in Vicksburg is now a Union headquarters, where Melvin is an aide-de-camp to General John Robert Frommer. Still holding the secret of her sex, she meets the beautiful and intriguing Becca Chamberlain. The Southern belle possesses an air of mystery and a bit of arrogance that Melvin finds charming, even bewitching. Honoring her role as a soldier is becoming increasingly difficult. Hiding her true identity is detrimental, but with her feelings for Becca come carelessness and a need for love that was all but forgotten.
Genre: Fiction > Historical Romance > FF 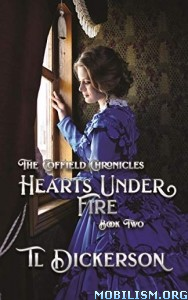