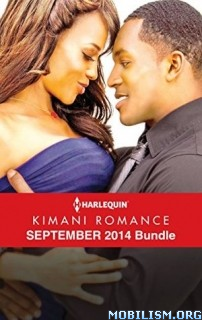 Indulge Me Tonight by AlTonya Washington
Seven days to reclaim the only woman he’s ever needed… Graedon Clegg has misgivings about a weeklong retreat at a remote country estate organized by his estranged brother. One, his brother can’t be trusted. And two, it’s hosted by his ex-wife, Tielle. Grae was forced to walk away from Tielle for the sake of the family advertising business. But he still burns for the vibrant woman who could always bring out the very best in him. Tielle stubbornly refuses to believe that the Clegg brothers can’t work things out, and she’s delighted to finally help heal their family. Having powerful, handsome Grae around again is painful yet exciting and tempting. Grae and Tielle honeymooned at this same hideaway before. Will their new time together rekindle the romance they once shared, in the place where it all began?

Someone Like You (Weddings by Diana #2) by Shirley Hailstock
Wedding consultant Theresa "Teddy" Granville helps her clients plan lavish black-tie ceremonies, though her own love life is strictly casual. Her matchmaking mother’s latest candidate, Adam Sullivan, may be sexy but besides being successful, they have little in common. Agreeing to a fake relationship to fool her mother could make both their lives easier. But their unexpected slow-burning kisses and scorching nights are anything but make-believe. Adam’s "marriage pact" with Teddy was supposed to be a temporary arrangement. Suddenly he’s realizing just how deeply he desires this intelligent, passionate woman. In business, he’s known for taking big risks and reaping bigger rewards. Now he’s playing for the highest stakes of all, hoping he can convince Teddy to trust him—and her heart—before she walks away forever….

Secret Silver Nights (The Drakes of California #5) by Zuri Day
The third son of a powerful Northern California dynasty, Nico Drake has dreams of one day becoming governor of his state. First item on his agenda—beating his newest mayoral challenger. Ivy League dazzler Monique Slater is already swaying voters with her innovative ideas…and arousing an irresistible desire in the heart of her unattached opponent. Monique has big plans for the small scenic town of Paradise Cove—plans that don’t include falling for her sexy political rival. Keeping their sizzling relationship under wraps while running against each other is a tightrope act. Now someone is trying to not only ruin Monique’s reputation, but also make sure Nico does not win the race. With both their futures on the line, can Nico convince Monique that there are no losers when it comes to love?

Seduced by the Heir (The Morretti Millionaires #3) by Pamela Yaye
International business mogul Rafael Morretti has his pick of the world’s most desirable women. But the all-work, no-play bachelor can’t forget the one who got away. Fifteen years ago, Paris St. Clair was his college sweetheart. Now a destination wedding in Venice has reunited him with the vivacious beauty. And he will stop at nothing to win her back. Busy building her financial career, Paris is still haunted by the one who got away. Maybe meeting Rafael again in The Floating City is a sign that their love is meant to be. As passions collide and they give in to desire at a private villa, will a sudden web of blackmail destroy Rafael’s good name and sabotage their precious second chance?