Hannah series by Carol Anne Shaw (#02~3)
Requirements: ePUB or PDF Reader | 2.3 MB | Version: Retail
Overview: My name is Carol Anne Shaw, and I write books for young people. I have a deep love for the outdoors, musty bookstores, quality coffee, and hearty soups. Oh yes, there’s Marmite as well. It is right up there on my favourites list. I live in the Cowichan Valley on Vancouver Island, in the rural community of Cobble Hill. I’ve been here for 22 years. No plans to leave.
Genre: Young Adult 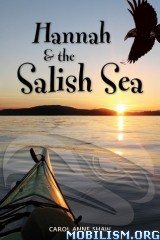 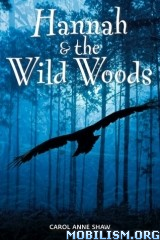 2. Hannah & the Salish Sea
In the second volume of her Hannah trilogy, summer has arrived, and fourteen-year-old Hannah Anderson is excited about spending it with Max (who has been giving her stomach butterflies lately). But things are happening in Cowichan Bay that Hannah can’t explain. When a mysterious accident leads her to a nest of starving eaglets, she meets Izzy Tate, a young Metis girl staying in the village for the summer. Why is Izzy so angry all the time, and is it just a coincidence that she is the spitting image of Yisella, the Cowichan girl Hannah met the summer she was twelve? But Hannah has more questions. Why is Jack, her supernatural raven friend, bringing her unusual "gifts" in the middle of the night? Is it all connected to a ring of poachers and marijuana smugglers who have apparently moved into the valley. The eaglets are in danger and so are the Roosevelt elk. And what’s with the Orca 1, the "supposedly" abandoned tuna boat anchored out in the bay? After Hannah and Max make a grisly discovery in the woods, they know they must take action. When Izzy agrees to join them on a midnight kayak trip, the three discover the poachers on the Orca 1, and they are soon in a fight for their own lives and the lives of the animals being hunted for their parts.

3. Hannah & the Wild Woods
Book #3 of the HANNAH series finds Hannah spending her spring break with a group in Pacific Rim National Park working to clean up debris washed ashore from the Japanese tsunami of 2011. Hannah is NOT thrilled to discover that Sabrina Webber is part of the group, but is excited when Jack, her raven friend, appears soon after her arrival there.

When Hannah and Jack stumble upon a strange glass ball at the tideline, odd things begin to happen. First, there is the arrival of Kimiko, a mysterious Japanese girl who has an odd habit of disappearing at strange times. Then, there is the fox that Hannah keeps seeing in the forest…only…there aren’t any foxes on Vancouver Island! Add an elusive Vancouver Island wolf to the mix, a series of unexplainable events, and Hannah’s working holiday is anything but restful.

HANNAH AND THE WILD WOODS is a story chock full of wild, West Coast adventure, but it is also a book that explores the sometimes murky depths of genuine friendship, and what constitutes a "family."