Greek Mythology: The Most Captivating Myths of Ancient Greek Gods, Monsters, and Heroes by Darius Filo
Requirements: .MP3 reader, 185 MB
Overview: The greatest myths and stories from Ancient Greece are often based partly on real historical events. Parts are factual while other parts are fantasy, a feature that captivates the mind and has held the attention of people all over the world for centuries. Intertwined with real stories of war, peace, and the most advanced civilization the world had ever known at the time is the unique and often highly entertaining supernatural power of gods, monsters, and heroes.This is a book that faithfully tells the most famous and enduring myths and stories from Ancient Greek society, in all of their amusing glory. You’ll learn about the timelines of the major players in the classic myths of Athens, their greatest stories, and why history remembers them in the way that it does. Ancient Greece was the birthplace of Western civilization. If you truly want to understand not only the Greeks, but where modern society comes from, this is a collection you will love!
Genre: Audiobooks > Non-Fiction 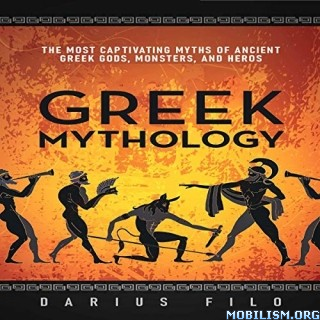