Good Morning, Mr. Mandela: A Memoir by Zelda La Grange
Requirements: ePUB Reader, 8 MB
Overview: An inspiring international bestseller, Good Morning, Mr Mandela tells the story of Zelda la Grange’s incredible friendship with Nelson Mandela Zelda la Grange grew up in South Africa as a white Afrikaner who supported the rules of segregation. Yet just a few years after the end of Apartheid she would become a most trusted assistant to Nelson Mandela, growing to respect and cherish the man she had been taught was the enemy. Good Morning, Mr Mandela tells the extraordinary story of how a young woman had her life, beliefs, prejudices and everything she once believed in utterly transformed by the greatest man of her time. It is the incredible journey of an awkward, terrified young typist in her twenties later chosen to become the President’s most loyal and devoted servants, spending most of her adult working life travelling with, supporting and caring for the man she would come to call ‘Khulu’, or ‘grandfather’. Here Zelda la Grange pays tribute to Nelson Mandela as she knew him – a teacher who gave her the most valuable lessons of her life. A man who refused to be defined by his past, who forgave and respected all, but who was also frank, teasing and direct. As he renewed his country, he also freed Zelda from a closed world of fear and mistrust, giving her life true meaning. Now she shares his lasting and inspiring gifts with the world. This is a book about love and second chances. It will touch your life and make you believe that every one of us, no matter who we are or what we have done, has the power to change.
Genre: Biographies & Memoirs 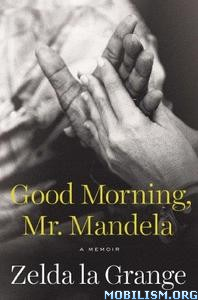