Ghast by Niki McAlister
Requirements: .ePUB reader, 6.0MB | Retail
Overview: In the distant future, Ghast’s presence is a constant reminder to every King of the Dragon Kingdom that, while they may hold all the power over the Kingdom created through stolen magic, Ghast’s role as their murderer was absolute and unwavering. But who is Ghast, where did he come from, and how does a young hybrid girl from a small town fit into his story at all?

Dara is a Firstborne, one of the first generation of hybrid Elf/Dragon children created under the conniving eye of King Harrut. Unlike her mother and the other adults of her kind, whose beautiful, lithe bodies are the product of magic stolen from an Elf princess named Eloeen, who the King keeps locked away in the castle—the hybrid children are viewed as monsters, no better than animals. Her life would never be her own, her entire existence bound by the King’s plan to reproduce the bodies Eloeen had given his people without needing the Elf’s magic. She would wed in an arranged marriage and be expected to spend the rest of her days sequestered in relative luxury, existing solely to birth naturally born hybrid children. No one had ever asked her how she felt about it all, if she wanted to become a brood mare… it was just expected of her. However, despite the plans that had been made for her, Dara’s body seems unwilling to perform its one crucial task.

When Dara’s husband shows signs he’s ready to move on, Dara’s world implodes. Although there’s been no love between them, she’s terrified of what could happen to her as a failed Firstborne woman. As she tries to hold the pieces of her life together, a voice appears inside her head, claiming to be a long-lost part of her. Dara’s childhood dreams bubble to the surface, opening her eyes to just how miserable she’s been since the day her mother first sent her into training. The voice urges her to take action, to fight for a future that’s hers and hers alone—but Dara is afraid. She’ll either have to take her chances and hope that there’s a future for her as a divorced, disgraced hybrid woman, or strike out on her own in search of her purpose. But unbeknownst to Dara and the rest of the Dragon Kingdom’s citizens, war is brewing. The Elves want Eloeen back, and have spent every moment of the past few decades gathering an army, hiring centaur mercenaries and begging the Gods themselves for help. With rumors running rampant about the King going mad, it’s only a matter of time before his desire to keep Eloeen costs the Kingdom greatly. Dara has no way of knowing that her decisions are tightly intertwined with the kingdom’s own future—that the greatest warrior in the history of Iruli lies within her, waiting to be set free.
Genre: Fiction > Sci-Fi/Fantasy 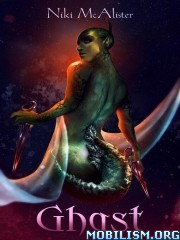