George Whitefield: America’s Spiritual Founding Father by Thomas S. Kidd
Requirements: .ePUB reader, 3 MB
Overview: In the years prior to the American Revolution, George Whitefield was the most famous man in the colonies. Thomas Kidd’s fascinating new biography explores the extraordinary career of the most influential figure in the first generation of Anglo-American evangelical Christianity, examining his sometimes troubling stands on the pressing issues of the day, both secular and spiritual, and his relationships with such famous contemporaries as Benjamin Franklin, Jonathan Edwards, and John Wesley.

Based on the author’s comprehensive studies of Whitefield’s original sermons, journals, and letters, this excellent history chronicles the phenomenal rise of the trailblazer of the Great Awakening. Whitefield’s leadership role among the new evangelicals of the eighteenth century and his many religious disputes are meticulously covered, as are his major legacies and the permanent marks he left on evangelical Christian faith. It is arguably the most balanced biography to date of a controversial religious leader who, though relatively unknown three hundred years after his birth, was a true giant in his day and remains an important figure in America’s history.
Genre: Non-Fiction > Biographies & Memoirs 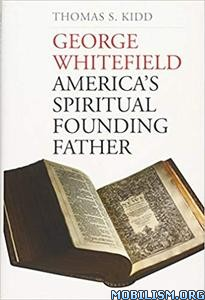