Finding the Raga: An Improvisation on Indian Music by Amit Chaudhuri
Requirements: .ePUB reader, 1.5 MB
Overview: An autobiographical exploration of the role and meaning of music in our world by one of India’s greatest living authors, himself a vocalist and performer.

Amit Chaudhuri, novelist, critic, and essayist, is also a musician, trained in the Indian classical vocal tradition but equally fluent as a guitarist and singer in the American folk music style, who has recorded his experimental compositions extensively and performed around the world. A turning point in his life took place when, as a lonely teenager living in a high-rise in Bombay, far from his family’s native Calcutta, he began, contrary to all his prior inclinations, to study Indian classical music. Finding the Raga chronicles that transformation and how it has continued to affect and transform not only how Chaudhuri listens to and makes music but how he listens to and thinks about the world at large.

Offering a highly personal introduction to Indian music, the book is also a meditation on the differences between Indian and Western music and art-making as well as the ways they converge in a modernism that Chaudhuri reframes not as a twentieth-century Western art movement but as a fundamental mode of aesthetic response, at once immemorial and extraterritorial. Finding the Raga combines memoir, practical and cultural criticism, and philosophical reflection with the same individuality and flair that Chaudhuri demonstrates throughout a uniquely wide-ranging, challenging, and enthralling body of work.
Genre: Non-Fiction > General 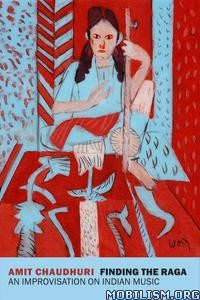