Essence by Natalie Jones
Requirements: .ePUB reader, 319 KB
Overview: Jayde, a reclusive teenage artist, had tried desperately to tell the world that angels are real. She had even painted the angels she saw, just to convince them all. But nothing worked.

Her friends shunned her. Her family shamed her. She was broken and hopeless in a world where she felt she didn’t belong.

Until the night Rory, an angel, appeared in her room to take her. Through Rory, Jayde learns not only about a secret magic she holds inside but also that the angels need her.

In fact, they can’t live without her. But will a life with the angels be better than the one she has or will it kill her even quicker? Jayde was part of war she didn’t even know existed. Angels are real, but it’s not what you think. Do you believe in magic?
Genre: Fiction > Sci-Fi/Fantasy 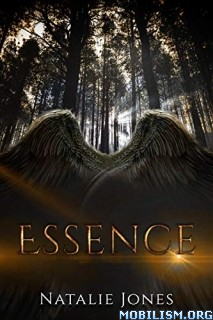