Ernie Pyles War: America’s Eyewitness to World War II by James Tobin
Requirements: .ePUB reader, 1.4 MB
Overview: When a machine-gun bullet ended the life of war correspondent Ernie Pyle in the final days of World War II, Americans mourned him in the same breath as they mourned Franklin Roosevelt. To millions, the loss of this American folk hero seemed nearly as great as the loss of the wartime president.

If the hidden horrors and valor of combat persist at all in the public mind, it is because of those writers who watched it and recorded it in the faith that war is too important to be confined to the private memories of the warriors. Above all these writers, Ernie Pyle towered as a giant. Through his words and his compassion, Americans everywhere gleaned their understanding of what they came to call “The Good War.”

Pyle walked a troubled path to fame. Though insecure and anxious, he created a carefree and kindly public image in his popular prewar column—all the while struggling with inner demons and a tortured marriage. War, in fact, offered Pyle an escape hatch from his own personal hell.
Genre: Non-Fiction > Biographies & Memoirs 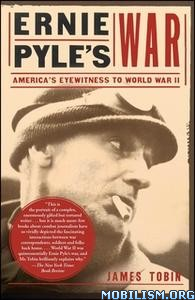