Equal Affection: A Pride and Prejudice Variation by Layla Johnson (Author), Jo Abbott
Requirements: .MOBI reader, 359 KB
Overview: "Equal Affection" is a full length Regency novel, clean, witty and romantic, with moderate angst. It tells the old beloved story of Elizabeth and Darcy with new, original, unexpected twists. It speaks about the depth of feelings versus shallow infatuation, about appearances and truth, about regrets and redemption.
The story focuses on Elizabeth and Darcy’s interactions, the development of their characters and their slowly building affection that grows into a deep, everlasting love. Alongside them, there are Jane Bennet and Mr. Bingley, with their own tale that appears similar and yet proves to be quite different.
The book starts in London, in April 1812. Elizabeth has returned from Kent after Darcy’s disastrous proposal and stays in London, at the Gardiners, together with Jane. Both sisters try to overcome the distress caused by the gentlemen that had once lived at Netherfield.
The plot pushes Elizabeth and Darcy into each other’s path, inducing them to struggle with pride, prejudice, flaws and misunderstandings, along their journey towards the point of equal affection.
Among well-known classic characters, a new one claims her share of conversation: Mrs. Welford, Mrs. Gardiner’s aunt, a lady who spent her youth in Lambton and her adulthood living an adventurous life.
Genre: Fiction > Romance 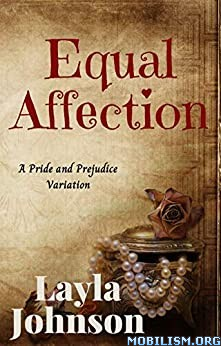