Einstein’s Telescope: The Hunt for Dark Matter and Dark Energy in the Universe by Evalyn Gates
Requirements: .ePUB reader, 2 MB
Overview: Cutting-edge astrophysics that builds on Einstein’s theories to find the unseen matter that fills the Universe.Dark energy. Dark matter. These strange and invisible substances don’t just sound mysterious: their unexpected appearance in the cosmic census is upending long-held notions about the nature of the Universe. Astronomers have long known that the Universe is expanding, but everything they could see indicated that gravity should be slowing this spread. Instead, it appears that the Universe is accelerating its expansion and that something stronger than gravity–dark energy–is at work. In Einstein’s Telescope Evalyn Gates, a University of Chicago astrophysicist, transports us to the edge of contemporary science to explore the revolutionary tool that unlocks the secrets of these little-understood cosmic constituents. Based on Einstein’s theory of general relativity, gravitational lensing, or “Einstein’s Telescope,” is enabling new discoveries that are taking us toward the next revolution in scientific thinking–one that may change forever our notions of where the Universe came from and where it is going.
Genre: Non-Fiction > Educational 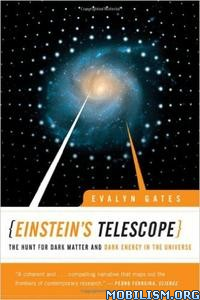