Dungeons of Legend: Underwell v1.3 [Unlocked]
Requirements: 4.1+
Overview: You play as a lone wanderer. Captured, robbed and cast into the Underwell Abyss, you are left for dead. But in the depth of the abyss is a dungeon crafted to test the very limits of your wits and bravery. Designed by a twisted mind, this lair looks promising but very dangerous. The warnings tell you to turn back, but that way is closed now… besides, you were never one to shirk from a challenge! 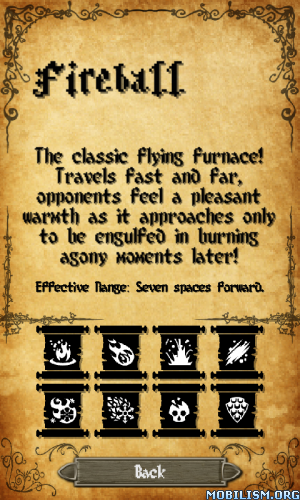 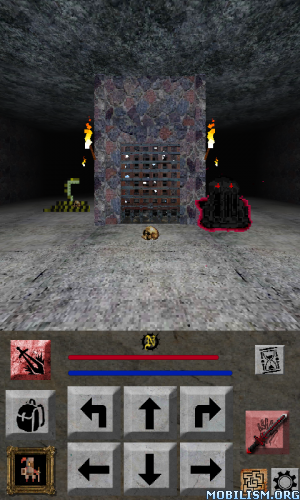 Note: This game offers the first two levels for free as a trial, the rest of the game requires a purchase. Your support, time, and consideration are greatly appreciated!

This game is a first person grid based dungeon crawling adventure. It is inspired by modern classics like Legend of Grimrock as well as older classics like Eye of the Beholder, Dungeon Master and Lands of Lore. Each level of this dungeon is hand crafted to provide the most immersive and complete experience. Explore, search, gather hints, solve riddles, fight monsters and find tons of loot and upgrades!

*Exploration: Each floor of this Dungeon is full of secrets, each more rewarding than the next!

*Puzzles, Riddles and mysteries: Your attentiveness and logic will be tested and duly rewarded!

*Monsters: The dungeon’s inhabitants don’t take too kindly to strangers!

*Loot: The right equipment and items will get you very far indeed!

*A mix of classic pixelated graphics and 3D environments

-New content available! A brand new level was added. This level is the first of a set of three new levels that will be released in future updates. These levels are more than twice the size of normal levels and the plan is to increase the game’s length to more than double the original game’s length. New levels will include new enemies, items, traps, and more story elements integrated within the level itself. There will also be some open-world areas to explore along with the caves/dungeons that are a signature of the genre. In a future update the two other levels of this set will be added together.

-Changes to map system: Map is now automatically filled/revealed as the player traverses the level. It is also more zoomed out and fully visible. While still basic in its design, it gives a very clear idea of which parts of the level have already been explored.

-A tutorial section was added and can be accessed from the main menu. It includes useful pictures, tips, and advice.

Minor tweaks and fixes:
-Leveling up now causes a sound to play and the character portrait to flash, reminding players that skill points are available for allocation.
-Gaining new spells also makes the spell button flash.
-Base accuracy has been slightly increased to reduce the game’s difficulty, especially in earlier stages.
-A flashing "demo version" notice was placed under the title to indicate that a purchase is required for full game access.
-Consuming any type of health potion now eliminates weak venom.
-Consuming any elixir item completely eliminates venom of any kind.
-Leveling up also removes any poisoned status effects.
-Venom’s effects used to last a fixed 6 turns but are now randomized to be between 2 to 7 turns.
-Mid grade and strong venom now do slightly more damage while weak venom remains the same.
-Fixed a bug related to unarmed hits being too powerful.