Doctor Death by Lene Kaaberbol (The first book in the Madeleine Karno Mystery series)
Requirements: .MP3 reader, 243 mb
Overview: Strong-minded and ambitious, Madeleine Karno is eager to shatter the constraints of her provincial French upbringing. She longs to become a pathologist like her father, whom she assists, but this is 1894. Autopsies are considered unseemly and ungodly, even when performed by a man.

So it’s no surprise that when seventeen-year-old Cecile Montaine is found dead in the snowy streets of Varbourg, her family will not permit a full postmortem autopsy, and Madeleine and her father are left with a single mysterious clue. Soon after, the priest who held vigil by the dead girl’s corpse is brutally murdered. The thread that connects these two events is a tangled one, and as the death toll mounts, Madeleine must seek knowledge in odd places: behind convent walls, in secret diaries, and in the yellow stare of an aging wolf.
Genre: – > Historical Mystery 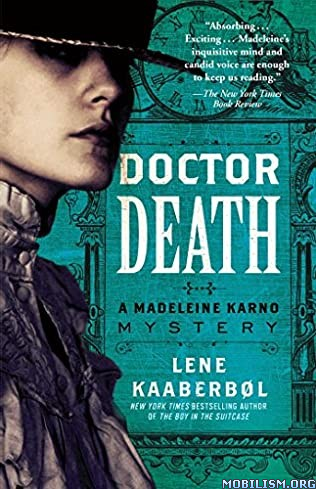