Do Not Disturb: The Story of a Political Murder and an African Regime Gone Bad by Michela Wrong
Requirements: .MP3 reader, 494 MB
Overview: A powerful investigation into a grisly killing that leads to an unravelling of the benign image of Rwanda, a country showered with Western aid while its leaders began a bloody killing spree of their political opponents. In the late 1980s, four driven young men helped establish a revolutionary movement which wrested Rwanda from the clutches of a genocidal regime. Their rebel group liberated the country and brought development to a previously impoverished land, widely lauded today as the Switzerland of Africa. Or at least, that’s what is supposed to have happened.In fact, as Michela Wrong reveals in intimate detail, the Rwanda story went off the rails almost immediately. The rebel movement’s charismatic leader was killed, possibly by his own deputies, his murder concealed. The guerrilla group – which may well have triggered the genocide it claims to have brought to an end – was taken over by the most ruthless and cold-blooded of the four, who made revenge a signature of his rule. Brushing aside friendships going back to school days, he has ruthlessly pursued his former comrades-in-arms, even into exile. The price of dissent is death. Do Not Disturb is an unflinching portrait of a regime dependent on violence, intimidation, and surveillance. It will change the way you understand the story of Africa’s Great Lakes region, and the rest of the world’s often misguided support for President Paul Kagame.
Genre: Audiobooks > Non-Fiction 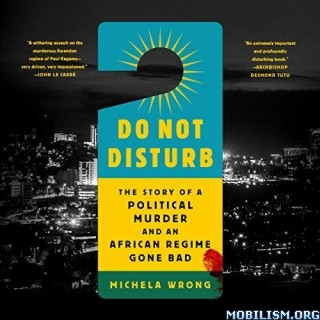