Denial: A Memoir by Jessica Stern
Requirements: .MP3 reader, 286 MB
Overview: From one of the world’s foremost experts on terrorism and post-traumatic stress disorder, comes an intimate and astonishingly frank examination of her own rape at 15, the life of her rapist, and how both shaped her life and work.

Jessica Stern is one of the world’s foremost experts on terrorism and post-traumatic stress disorder. She has interviewed some of the most feared terrorists in their own camps in Pakistan and Afghanistan. She has worked with the National Security Council and the FBI as an expert on what extreme trauma can do to a person, be they friend or foe. By her own admission, she feels no fear in these terrifying scenarios.

On a fall night in Concord, a quiet Massachusetts suburb, in 1973, Jessica was 15. She and her sister were at doing their homework after ballet class when a serial rapist, Dennis Meggs, entered their bedroom and sexually assaulted the girls for over an hour. When he left them alone, they tried to call for help, but he had cut the phone line. They walked to Friendly’s to call their babysitter from a payphone. She did not believe the girls until she saw them. Their mother was dead, and their father was on a business trip to Europe with his new wife from which he did not return for three days after hearing the news. The girls wrote their statements for the police in their best cursive hand.
Genre: Audiobooks > Non-Fiction 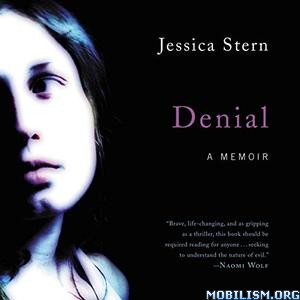