Demon’s Lexicon series by Sarah Rees Brennan (#01~03)
Requirements: ePUB Reader | 5.1 MB | Version: Retail
Overview: Sarah Rees Brennan was born and raised in Ireland by the sea, where her teachers valiantly tried to make her fluent in Irish (she wants you to know it’s not called Gaelic) but she chose to read books under her desk in class instead. The books most often found under her desk were Jane Austen, Margaret Mahy, Anthony Trollope, Robin McKinley and Diana Wynne Jones, and she still loves them all today. After college she lived briefly in New York and somehow survived in spite of her habit of hitching lifts in fire engines. She began working on The Demon’s Lexicon while doing a Creative Writing MA and library work in Surrey, England. Since then she has returned to Ireland to write and use as a home base for future adventures. Her Irish is still woeful, but she feels the books under the desk were worth it.
Genre: Young Adult | Fantasy 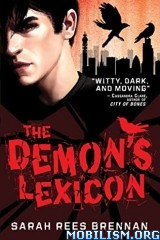 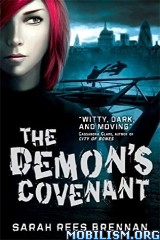 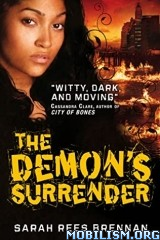 1. The Demon’s Lexicon:
Nick and his brother, Alan, have spent their lives on the run from magic. Their father was murdered, and their mother was driven mad by magicians and the demons who give them power. The magicians are hunting the Ryves family for a charm that Nick’s mother stole — a charm that keeps her alive — and they want it badly enough to kill again. Danger draws even closer when a brother and sister come to the Ryves family for help. The boy wears a demon’s mark, a sign of death that almost nothing can erase…and when Alan also gets marked by a demon, Nick is des-perate to save him. The only way to do that is to kill one of the magicians they have been hiding from for so long. Ensnared in a deadly game of cat and mouse, Nick starts to suspect that his brother is telling him lie after lie about their past. As the magicians’ Circle closes in on their family, Nick uncovers the secret that could destroy them all.

2. The Demon’s Covenant:
Mae Crawford’s always thought of herself as in control, but in the last few weeks her life has changed. Her younger brother, Jamie, suddenly has magical powers, and she’s even more unsettled when she realizes that Gerald, the new leader of the Obsidian Circle, is trying to persuade Jamie to join the magicians. Even worse… Jamie hasn’t told Mae a thing about any of it. Mae turns to brothers Nick and Alan to help her rescue Jamie, but they are in danger from Gerald themselves because he wants to steal Nick’s powers. Will Mae be able to find a way to save everyone she cares about from the power-hungry magician’s carefully laid trap?

3. The Demon’s Surrender:
The Goblin Market has always been the center of Sin’s world. She’s a dancer and a performer, secure in her place. But now the Market is at war with the magicians, and Sin’s place is in danger. Exiled from the market she loves, Sin is thrown together with Nick and Alan–whom she’s always despised. Alan has been marked by a magician and can be tortured as the magician pleases. As Sin watches Alan struggle to continue to protect the demon brother he loves, she begins to see him in a new light. When Alan is finally possessed as a punishment for Nick’s disobedience, Sin can only watch helplessly as the boy she has grown to love is destroyed. No one ever comes back from a possession–ever. But no one else has a demon for a brother. How far will Nick go to save Alan? And what will it cost them all?