Deep State (Nathaniel Cade #3.5) by Christopher Farnsworth
Requirements: ePUB/MOBI reader, 0.7 MB
Overview: It’s been four years since a new president ascended to the White House. Zach Barrows has not seen Nathaniel Cade, the President’s Vampire, since being fired from his position as Cade’s handler and sent to a small, cramped office in a government building in Nebraska.

Once, he and Cade fought a shadow war against the monsters, spies, and demons that threatened the United States. Now Zach pushes papers and listens to conspiracy theories from people who have no idea how dark the real world can get.

Then Zach is summoned to the Situation Room by President Lester Wyman, who is both the commander-in-chief and a possible traitor.

But he and Cade are bound to follow Wyman’s orders. They are told to find out why a top-secret missile silo has gone offline. If they fail, a nuclear warhead will launch, and the world will die in a hail of fire.

In other words, it’s just another night on the job.

After a long absence, Cade and Zach are back in action together — for what might be the last time.
Genre: Horror, Paranormal, Vampires 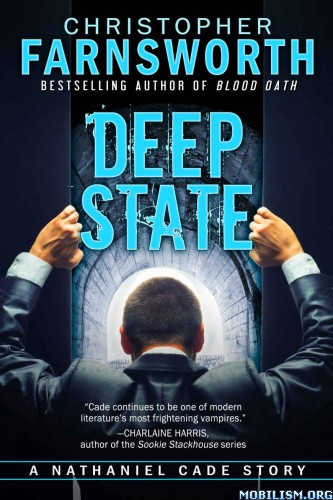