Debunking 9/11 Myths: Why Conspiracy Theories Can’t Stand Up to the Facts by David Dunbar, Brad Reagan
Requirements: .ePUB reader, 4.5 MB
Overview: A decade after the World Trade Center disaster, rampant speculation abounds on what actually happened. Wild talk flourishes on the Internet, TV, and radio. Was the Pentagon really struck by a missile? Was the untimely death of Barry Jennings, who witnessed the collapse of Tower 7 and thought he heard “explosions,” actually an assassination ? Not everyone is convinced the truth is out there. Once again, in this updated edition of the critically acclaimed Debunking 9/11 Myths, Popular Mechanics counters the conspiracy theorists with a dose of hard, cold facts. The magazine consulted more than 300 experts in fields like air traffic control, aviation, civil engineering, fire fighting, and metallurgy, and then rigorously, meticulously, and scientifically analyzed the 25 most persistent 9/11 conspiracy theories. Each one was conclusively refuted with facts, not politics and rumors, including five new myths involving the collapse of 7 World Trade Center and four longstanding conjectures now considered in the context of new research.
Genre: Non-Fiction > History 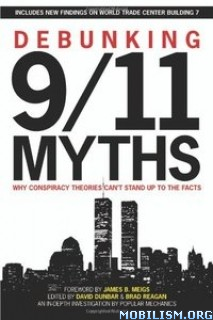