Death of a Doctor: Two Doctors, Obsessive Love, and Murder by Carlton Smith
Requirements: ePUB reader | 899 KB
Overview: Pasadena pediatrician Kevin Paul Anderson was admired and trusted by his wife and patients, and looked up to as a mentor by many of his associates. Handsome, athletic, and established, he was also a magnet for women. Deepti Gupta, a thirty-three-year-old fellow doctor, was the kind of conquest Anderson sought: pretty, anxious to do well, and eager to please. It wasn’t long before they began having an affair…
But the affair soon ended when Deepti told her mentor that she was pregnant with his child. threatened with exposure as a sexual harasser and his career and marriage at risk, Anderson took his lover on a romantic rendezvous in the San Gabriel Mountains. under the stars, Anderson strangled Deepti with his necktie, doused her body and car with gasoline, and shoved both over a steep cliff to make it look like an accident. But was it an outburst of unexpected rage, as Anderson later claimed, or was it premeditated murder? Or was it something more mysterious still?
Genre: Non Fiction > Biographies & Memoirs > True Crime 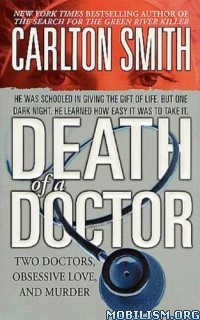