David Wilkie: The People’s Painter by Nicholas Tromans
Requirements: .PDF reader, 11 Mb
Overview: This is the first modern book about the artist David Wilkie (1785-1841), the first British painter to become an international celebrity. Based on extensive original research, the book explores the ways in which Wilkie’s images, so beloved by his contemporaries, engaged with a range of cultural predicaments close to their hearts.

In a series of thematic chapters, whose concerns range far beyond the details of Wilkie’s own career, Tromans shows how, through Wilkie’s thrillingly original work, British society was able to reimagine its own everyday life, its history, and its multinational (Anglo-Scottish) nature.

Other themes covered include Wilkie’s roles in defining the border between painting and anatomy in the representation of the human body, and in transforming the pleasures of connoisseurship from an elite to a popular audience. For the first time, all of Wilkie’s major subject pictures are brought together, reproduced and discussed.
Genre: Non-Fiction > Biographies & Memoirs 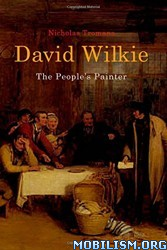