Dance Academy: Tara (Books 2&3) by Meredith Costain
Requirements: .ePUB reader, 2.5MB
Overview: Meredith Costain lives in Melbourne with her partner, fellow children’s author Paul Collins, six chooks, a cat, a kelpie and a red heeler. Her work ranges from picture books through to popular fiction and non-fiction for older readers. She is the literary editor of national children’s magazines, Comet, Explore and Challenge.

Meredith has won several awards for her writing, including the Mary Grant Bruce Story Award and the Aurealis Convenor’s Award. Her picture book Doodledum Dancing, illustrated by Pamela Allen, was an Honour Book in the Early Childhood section of the 2007 CBC Book of the Year awards.
Genre: Children’s Fiction 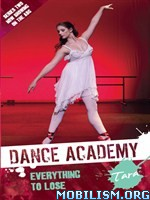 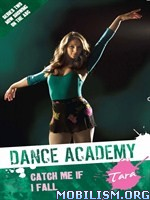 Tara: Everything to LoseAll your favourite DANCE ACADEMY characters are back… But will they survive Second Year? It’s a new year and tara has returned to the Academy determined to work harder than ever before. But it’s not long before obstacles start building up against her: a new rival from the Royal Ballet School, a jealous teacher and an injury that threatens to destroy her dream of becoming a world-class ballerina. At least she has Christian to depend on. Or is there yet another rival waiting in the wings?

Tara: Catch Me if I Fall
All your favourite DANCE ACADEMY characters are back… But will they survive Second Year? When tara is expelled from the Academy, it seems her dream of becoming a world-class ballerina is finally over. But tara is a fighter – and it’s not long before she’s back at the barre, with the biggest challenges of her life looming ahead of her. Will they make her or break her?