Damar series by Robin McKinley (#1-2)
Requirements: ePub Reader | 1.1 MB
Overview: Born in her mother’s hometown of Warren, Ohio, Robin McKinley grew up an only child with a father in the United States Navy. She moved around frequently as a child and read copiously; she credits this background with the inspiration for her stories.
Her passion for reading was one of the most constant things in her childhood, so she began to remember events, places, and time periods by what books she read where. For example, she read Andrew Lang’s Blue Fairy Book for the first time in California; The Chronicles of Narnia for the first time in New York; The Lord of the Rings for the first time in Japan; The Once and Future King for the first time in Maine. She still uses books to keep track of her life.
Genre: Fantasy 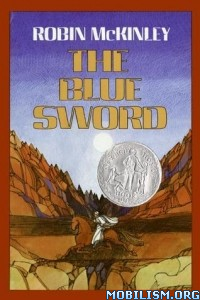 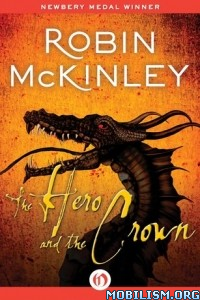 Robin McKinley – [Damar 01] – The Blue Sword
When Harry Crewe’s father dies, she leaves her Homeland to travel east, to Istan, the last outpost of the Homelander empire, where her elder brother is stationed.
Harry is drawn to the bleak landscape of the northeast frontier, so unlike the green hills of her Homeland. The desert she stares across was once a part of the great kingdom of Damar, before the Homelanders came from over the seas. Harry wishes she might cross the sands and climb the dark mountains where no Homelander has ever set foot, where the last of the old Damarians, the Free Hillfolk, still live. She hears stories that the Free Hillfolk possess strange powers — that they work magic — that it is because of this that they remain free of the Homelander sway.
When the king of the Free Hillfolk comes to Istan to ask that the Homelanders and the Hillfolk set their enmity aside to fight a common foe, the Homelanders are reluctant to trust his word, and even more reluctant to believe his tales of the Northerners: that they are demonkind, not human.
Harry’s destiny lies in the far mountains that she once wished to climb, and she will ride to the battle with the North in the Hill-king’s army, bearing the Blue Sword, Gonturan, the chiefest treasure of the Hill-king’s house and the subject of many legends of magic and mystery.

Robin McKinley – [Damar 02] – The Hero and the Crown
Aerin is the only child of the king of Damar, and should be his rightful heir. But she is also the daughter of a witchwoman of the North, who died when she was born, and the Damarians cannot trust her.
But Aerin’s destiny is greater than her father’s people know, for it leads her to battle with Maur, the Black Dragon, and into the wilder Damarian Hills, where she meets the wizard Luthe. It is he who at last tells her the truth about her mother, and he also gives over to her hand the Blue Sword, Gonturan. But such gifts as these bear a great price, a price Aerin only begins to realize when she faces the evil mage, Agsded, who has seized the Hero’s Crown, greatest treasure and secret strength of Damar.