Comrades in Miami by José Latour
Requirements: .MP3 reader, 359.49 MB
Overview: Only 90 miles of open water separate Florida from Cuba. But after more than 45 years of Communist rule, the two tropical paradises couldn’t be more different. José Latour, who has been lavishly praised by Martin Cruz Smith, brilliantly brings both worlds to life in Comrades in Miami.

In Havana, spymaster Victoria Valiente, head of Cuban Intelligence’s vital Miami Desk, and her husband, Manuel Pardo, a computer expert, are tired of their sacrifices. They try to pull the wool over the chief ‘s eyes and escape to freedom after an electronic heist, but their actions take place in a world of espionage as cutthroat as anything from the height of the Cold War. Both governments draw out all the players, including a gardener with more abilities than just a green thumb, secret foreign operatives, the FBI, and an unsuspecting former English teacher.

Comrades in Miami is a tour de force, an exquisitely crafted novel of sex, politics, and espionage that bridges the gap between the neon streets of Miami and the crumbling facades of Havana.
Genre: Audiobooks > Fiction 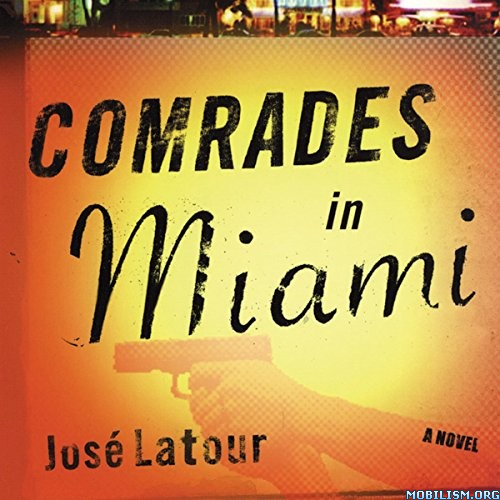