Cold Truth by Richard Woodman
Requirements: .ePUB reader, 196 KB
Overview: Shortly after the carnage of the First World War, an advertisement in a newspaper, The Courier, sets merchant naval officer Edward Adams on a strange voyage to the Arctic to discover the fate of a lost Swedish polar expedition. Funded by The Courier’s owner in an attempt to uncover the truth, the voyage aboard the Alert is also conceived as a philanthropic gesture to the Swedes, who regard the lost members of the expedition as national heroes. But the Alert’s expedition fails to achieve anything – and the details of what happened aboard the vessel remain a mystery for many years. It is only during the worst weeks of the Battle of the Atlantic in 1943, that Adams unwillingly reveals the cold truth to the daughter of his old employer.
Genre: Fiction > Mystery/Thriller 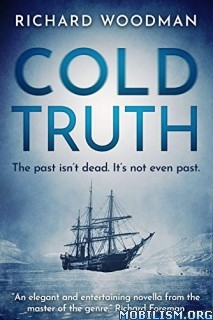