Christianity in the Twentieth Century: A World History (The Princeton History of Christianity) by Brian Stanley
Requirements: .ePUB reader, 3 MB
Overview: A history of unparalleled scope that charts the global transformation of Christianity during an age of profound political and cultural change

Christianity in the Twentieth Century charts the transformation of one of the world’s great religions during an age marked by world wars, genocide, nationalism, decolonization, and powerful ideological currents, many of them hostile to Christianity. Written by a leading scholar of world Christianity, the book traces how Christianity evolved from a religion defined by the culture and politics of Europe to the expanding polycentric and multicultural faith it is today–one whose growing popular support is strongest in sub-Saharan Africa, Latin America, China, and other parts of Asia.
Genre: Non-Fiction > Faith, Beliefs & Philosophy 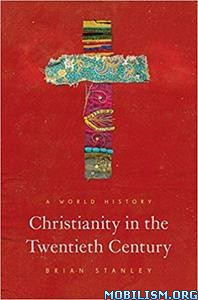