Chinese Urban Transformation: A Tale of Six Cities by Chen Yuanzhi, Alan Hudson, He Lisheng
Requirements: .ePUB reader, 18.73 MB
Overview: Now an established global force, China has experienced a sustained period of staggering economic growth since policy reform in the 1970s. Chinese urbanisation is the most significant example of economic, environmental and social change both within China and globally. In recent years, central government has made a concerted effort to encourage city governments to realign their priorities and achieve a balance between economic efficiency, social justice and environmental protection.

Chinese Urban Transformation: A Tale of Six Cities is a fascinating exploration of the dramatic development Chinese cities have undergone. Tracing this transformation through a comprehensive analysis of social and economic change in six cities, it unravels the complex relationship between policy, outlook and role that urban development plays in China’s view of itself, including the tensions resulting from rapid social and economic change.
Genre: Non-Fiction > General 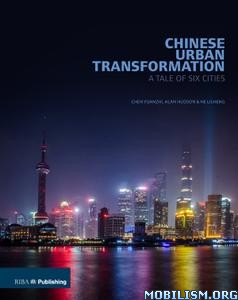