Chained in Time (Rutter Books) by David Waine
Requirements: .MOBI reader, 409 KB
Overview: For three months in 1888, a serial killer stalked the streets of London’s East End, slaughtering five prostitutes in a manner so grisly that the entire nation was gripped in a paroxysm of horror. The killer was not caught, so we will never know his true identity, although History has christened him with the most notorious of nicknames, coined by a journalist of the day: Jack the Ripper.

Exactly one hundred years later, the same thing appears to be happening again and in the same places. The victims even have similar names. Marie Kelly, a young student, is haunted by horrifying dreams of Victorian London in which she is pursued through the gloomy, sooty alleyways of Whitechapel by a dark, shapeless shadow that seeks to destroy her utterly, as it did her near-namesake, Mary Jane Kelly, a century earlier. Marie experiences Mary’s terror and despair as her own. As the body count rises, the truth emerges gradually. The two series of murders are linked fundamentally in a way far beyond the police’s ability to prevent them. Even if they identify the modern killer, even if they kill him, there is no way that they can stop it. Only he can do that. Aware of the history, Marie even knows when he will strike. As the dreaded day approaches, her mind begins to fall apart under the pressure, just as her namesake’s did. We witness the disintegration of both young women. She and the Ripper are ‘Chained in Time’
Genre: Fiction > Mystery/Thriller 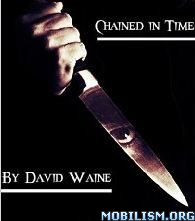