Evolution as a Religion: Strange Hopes and Stranger Fears by Mary Midgley
Requirements: .ePUB reader, 418KB
Overview: According to a profile in The Guardian, Mary Midgley is ‘the foremost scourge of scientific pretensions in this country; someone whose wit is admired even by those who feel she sometimes oversteps the mark’. Considered one of Britain’s finest philosophers, Midgley exposes the illogical logic of poor doctrines that shelter themselves behind the prestige of science. Always at home when taking on the high priests of evolutionary theory – Dawkins, Wilson and their acolytes – she has famously described evolution as ‘the creation-myth of our age’. In Evolution as a Religion, she examines how science comes to be used as a substitute for religion and points out how badly that role distorts it. As ever, her argument is flawlessly insightful: a punchy, compelling, lively indictment of these misuses of science. Both the book and its author are true classics of our time.
Genre: Non-Fiction > Faith, Beliefs & Philosophy 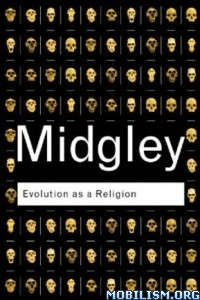 Summa Technologiae by Stanisław Lem
Requirements: ePUB reader, 556 KB
Overview: The Polish writer Stanislaw Lem is best known to English-speaking readers as the author of the 1961 science fiction novel Solaris, adapted into a meditative film by Andrei Tarkovsky in 1972 and remade in 2002 by Steven Soderbergh. Throughout his writings, comprising dozens of science fiction novels and short stories, Lem offered deeply philosophical and bitingly satirical reflections on the limitations of both science and humanity.

In Summa Technologiae—his major work of nonfiction, first published in 1964 and now available in English for the first time—Lem produced an engaging and caustically logical philosophical treatise about human and nonhuman life in its past, present, and future forms. After five decades Summa Technologiae has lost none of its intellectual or critical significance. Indeed, many of Lem’s conjectures about future technologies have now come true: from artificial intelligence, bionics, and nanotechnology to the dangers of information overload, the concept underlying Internet search engines, and the idea of virtual reality. More important for its continued relevance, however, is Lem’s rigorous investigation into the parallel development of biological and technical evolution and his conclusion that technology will outlive humanity.

Preceding Richard Dawkins’s understanding of evolution as a blind watchmaker by more than two decades, Lem posits evolution as opportunistic, shortsighted, extravagant, and illogical. Strikingly original and still timely, Summa Technologiae resonates with a wide range of contemporary debates about information and new media, the life sciences, and the emerging relationship between technology and humanity.
Genre: Non-Fiction > Faith, Beliefs & Philosophy 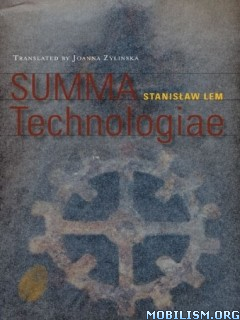 Finding the Heart Sutra: Guided by a Magician, an Art Collector and Buddhist Sages from Tibet to Japan by Alex Kerr
Requirements: .ePUB reader, 6.9 MB
Overview: The material world is itself emptiness.
Emptiness is itself the material world.
Powerful, mystical and concise, the Heart Sutra is believed to contain the condensed essence of all Buddhist wisdom. This brief poem on emptiness has exerted immense influence throughout Asia since the seventh century and is woven into the fabric of daily life. Yet even though it rivals the teachings of Laozi and Confucius in importance, this ancient Buddhist scripture remains barely known in the West.

During the many years he has spent living in Japan, Alex Kerr has been on a quest after the secrets of the Heart Sutra. Travelling from Japan, Korea, and China, to India, Mongolia, Tibet and Vietnam, this book brings together Buddhist teaching, talks with friends and mentors, and acute cultural insights to probe the universe of thought contained within this short but intense philosophical work.
Genre: Non-Fiction > Faith, Beliefs & Philosophy 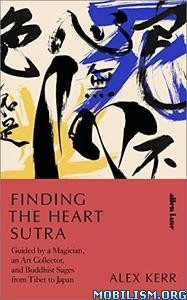 Ethical Know-How: Action, Wisdom, and Cognition by Francisco J. Varela
Requirements: .PDF reader, 9.5 Mb
Overview: How can science be brought to connect with experience? This book addresses two of the most challenging problems facing contemporary neurobiology and cognitive science: first, understanding how we unconsciously execute habitual actions as a result of neurological and cognitive processes that are not formal actions of conscious judgment but part of a habitual nexus of systematic self-organization; second, creating an ethics adequate to our present awareness that there is no such thing as a transcendental self, a stable subject, or a soul.

In earlier modes of cognitive science, cognition was conceptualized according to a model of representation and abstract reasoning. In the realm of ethics, this corresponded to the philosophical tenet that to do what is ethical is to do what corresponds to an abstract set of rules. By contrast to this computationalism, the author places central emphasis on what he terms enaction–cognition as the ability to negotiate embodied, everyday living in a world that is inseparable from our sensory-motor capacities.

Apart from his researches in cognitive science, the bodies of thought that enable Varela to make this link are phenomenology and two representatives of what he calls the wisdom traditions: Confucian ethics and Buddhist epistemology. From the Confucian tradition, he draws upon the Mencius to propose an ethics of praxis, one in which ethical action is conceived as a project of being rather than as a system of judgment, less a matter of rules that are universally applicable than a goal of expertise, sagehood.

The Buddhist contribution to his project encompasses the embodiment of the void and the pragmatics of a virtual self. How does a belief system that does not posit a unitary self or subject conceive the living of an I? In summation, the author proposes an ethics founded on savoir faire that is a practice of transformation based on a constant recognition of the virtual nature of ourselves in the actual operations of our mental lives.
Genre: Non-Fiction > Faith, Beliefs & Philosophy

The Razor’s Edge by Osho
Requirements: .ePUB reader, 336 KB
Overview: This question and answer book tells a true story of great trust, love, and humor between Osho and those who have gathered around him again after a long separation. Fresh from their adventures and experiences as seekers alone in the marketplace, this book is full of genuine, pertinent questions and enlightened responses from Osho that will inspire each one of us to live our full potential and risk walking on the razor’s edge of life.

“You have taken the first step towards reality, now never look backwards, however dangerous it seems – because as questions and answers and I and you start disappearing, you will find yourself entering into a more and more unknown space. This I call ‘the razor’s edge’.”
Genre: Non-Fiction > Faith, Beliefs & Philosophy 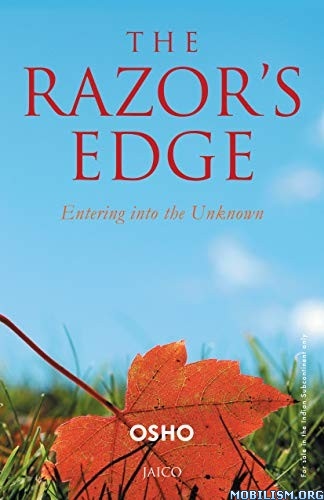 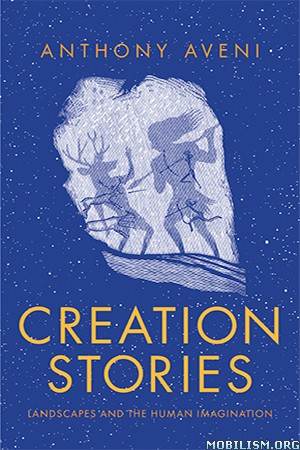 Anthony Aveni, an award-winning author and professor of astronomy and anthropology, examines the ways various cultures around the world have attempted to explain our origins, and what roles the natural environment plays in shaping these narratives. The book also celebrates the audacity of the human imagination.

Whether the first humans emerged from a cave, as in the Inca myths, or from bamboo stems, as the Bantu people of Africa believed, or whether the universe is simply the result of Vishnu’s cyclical inhales and exhales, each of these fascinating stories reflects a deeper understanding of the culture it arose from as well as its place in the larger human narrative.

Elder Arsenios the Cave-Dweller (1886-1983) (St George Monastery Book 35) by Monk Joseph Dionysiatis
Requirements: .ePUB reader, 184 KB
Overview: I must confess that for Elder Arsenios, the Gospel words, “Here is truly an Israelite in whom there is no guile!”are relevant. He was naturally straight-forward, simple, offenceless, meek, obedient; a rare struggler, who possessed nothing. For Elder Arsenios, his yes was always yes, and his no, no. He never harboured resentment, no matter how he was wronged. He never got angry; he never hurt anyone. He lived obedience with precision. That is why, through obedience and his unwavering faith in his Elder, he lived in a way that surpassed the laws of nature. During vigils, he began the night labouring excessively by kneeling thousands of times and then remained standing until morning. (Elder Joseph of Vatopaidi)
Genre: Non-Fiction > Faith, Beliefs & Philosophy 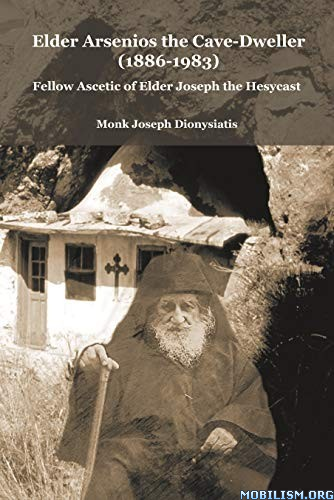 Women’s Daily Declarations for Spiritual Warfare: Biblical Principles to Defeat the Devil by John Eckhardt
Requirements: .ePUB reader, 1.4 MB
Overview: Defeat the Devil and Rout His Demons… Every Day of the Year.
With the same bold, declarative style as the best-selling book Prayers That Rout Demons, this daily guide gives you inspiration, understanding, and direction for actively confronting demonic strongholds. You are God’s beloved daughter, and each day’s text is written from His point of view, giving you the power and wisdom to pray for your needs or the needs of others.
Genre: Non-Fiction > Faith, Beliefs & Philosophy 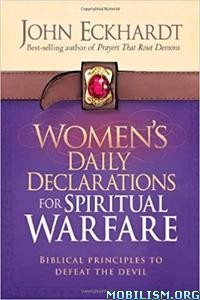 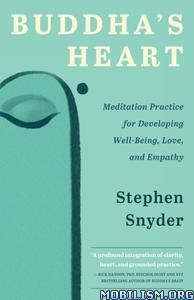 Who were the old conjurors and witches of Appalachia? What were their practices and beliefs? How can you learn the ways of conjuring for yourself? Appalachian folk magic and conjure are little known today, but forty or fifty years ago just about every person you might ask in Appalachia either knew something about it themselves or knew someone who did it. These practices and “superstitions” are at the core of Appalachian culture.

In Doctoring the Devil, Jake Richards speaks to those questions and more, offering the various ways of rooting out the “devil”—any unfriendly spirit bringing bad luck, poor health, and calamities of all sorts.

Like the blue smoky mists that glide up the Appalachians, Jake leads his readers up the hillsides too, introducing us to folks along the way—hunters, farmers, blacksmiths, faith healers, preachers, and root-diggers. We’ll also meet the local spirits and learn root ways. Further up the hill, we delve into Jake’s notebooks—a personal collection of tried-and-true Appalachian recipes and roots for conjuring love, money, justice, and success.
Genre: Non-Fiction > Faith, Beliefs & Philosophy 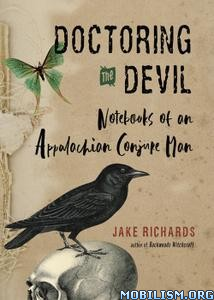