Bet On Me: Leading and Succeeding in Business and in Life by Annette Verschuren
Requirements: ePUB or AZW3 Reader, 1.2MB
Overview: In Bet On Me, entrepreneur Annette Verschuren lays out her surprising and inspiring philosophy for what it takes to lead and succeed in today’s economy: tenacity, the willingness to embrace risk and an unwavering commitment to remain true to yourself, no matter how unorthodox you may seem. Drawing on her experiences as a Cape Breton farm girl who went on to lead Home Depot Canada’s expansion from 19 to 179 stores, among other business ventures, Verschuren’s bold vision will change the way you approach your work and your business. The book’s key message: modern leadership is not about learning skills and techniques in order to become someone else. Rather, transformational, authentic leaders achieve break-through results when they learn to trust in, listen to, and fully be themselves.
Genre: Non-Fiction, Philosophy 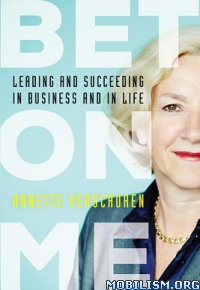 Pray for the World: A New Prayer Resource from Operation World by Patrick Johnstone (Foreword), Molly Wall (Consultant Editor)
Requirements: ePUB Reader, 7.28 MB
Overview: For decades, Operation World has been the world’s leading resource for people who want to impact the nations for Christ through prayer. Its twofold purpose has been to inform for prayer and to mobilize for mission. Now the research team of Operation World offers this abridged version of the 7th edition called Pray for the World as an accessible resource to facilitate prayer for the nations. The Operation World researchers asked Christian leaders in every country, "How should the body of Christ throughout the world be praying for your country?" Their responses provide the prayer points in this book, with specific ways your prayers can aid the global church. When you hear a country mentioned in the news, you can use Pray for the World to pray for it in light of what God is doing there.
Genre: Ministry & Evangelism > Missions & Missionary Work

Each entry includes:
* Timely challenges for prayer and specific on-the-ground reports of answers to prayer
* Population and people group statistics
* Charts and maps of demographic trends
* Updates on church growth, with a focus on evangelicals
* Explanations of major currents in economics, politics and society
Join millions of praying people around the world. Hear God’s call to global mission. And watch the world change.

Revenge—Revenge is so sweet one often wishes to be insulted so as to be able to take revenge, and I don’t mean just by an old enemy, but anyone, or even (especially when in a really bad mood) by a friend.—from Passions

The extraordinary quality of Giacomo Leopardi’s writing and the innovative nature of his thought were never fully recognized in his lifetime. Zibaldone, his 4,500-page intellectual diary—a vast collection of thoughts on philosophy, civilization, literary criticism, linguistics, humankind and its vanities, and other varied topics—remained unpublished until more than a half-century after his death. But shortly before he died, Leopardi began to organize a small, thematic collection of his writings in an attempt to give structure and system to his philosophical musings. Now freshly translated into English by master translator, novelist, and critic Tim Parks, Leopardi’s Passions presents 164 entries reflecting the full breadth of human passion. The volume offers a fascinating introduction to Leopardi’s arguments and insights, as well as a glimpse of the concerns of thinkers to come, among them Nietzsche, Dostoyevsky, Wittgenstein, Gadda, and Beckett.
Genre: Philosophy/Literary Classics 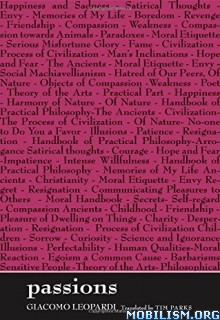 On Mermaids by Ronald L. Murphy, Jr., Terrie Seech (Foreword), Dave Cavill (Designer)
Requirements: ePUB Reader, 6.69 MB
Overview: Do you believe? Not in aliens, Bigfoot (but he is real I swear), or other mythological beings, but Mermaids. The half girl/half fish that we are told doesn’t really exist. The ones that can be described as: Eyes were the same blue as the ocean and sparkled in the morning sun. Her hair was golden and curled delicately, stopping its luscious flow just above her waist. Watching in amazement the way the water reflected off her soft, pale skin and as she moved the way her tail fin cut through the sea just long enough so that you could see the beautiful green scales that covered it. Those Mermaids.
Join Ronald L. Murphy as he takes you inside the world of the mermaid. Starting with the origins of this elusive mammal to the contemporary and Mythological, Religious, and Ancient ages of the Mer-People, Ronald Murphy will capture your imagination believer or no and drag you into this elusive but beautiful world.
Genre: Non-Fiction > Mythology 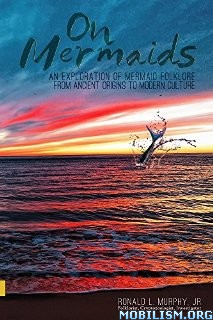 Liberation Unleashed: A Guide to Breaking Free from the Illusion of a Separate Self by Ilona Ciunaite
Requirements: ePUB reader, 2.2 MB
Overview: Liberation Unleashed introduces you to the process of unraveling the false sense of a separate self at the center of your existence. With insightful metaphors, personal stories, and guided dialogues, this book points directly to our lack of separation and helps you move toward a new, more open reality of selfless bliss. Using the seven clear and focused steps presented, you’ll find liberation in realizing there is no individuated “I” and marvel at the true nature of things.
Genre: Non-Fiction, Personality, Self-Help 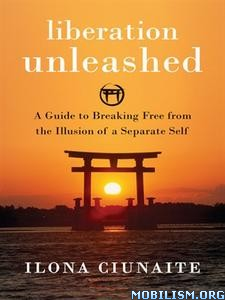 How Do You Know You’re Not Wrong?: Responding to Objections That Leave Christians Speechless by Paul Copan
Requirements: Pdf Reader, 4.8 MB
Overview: In today’s postmodern world, believers more than ever before are faced with a host of objections to Christianity. Expert apologist Paul Copan describes these objections as "anti-truth" claims and with "How Do You Know You’re Not Wrong" he provides a helpful resource with thorough, biblical answers to such regularly used objections as
– "Whatever works for you"
– "Just as long as it makes you happy"
– "All religions are basically the same"
– "Christianity is anti-semitic"
At the end of each chapter, he provides practical and easy-to-share summary points to help readers intelligently and effectively answer the challenges of their non-Christian friends and neighbors.
Genre: Non-Fiction > Religion & Spirituality > Religious Studies > Philosophy 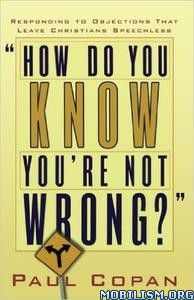 – Are there errors or contradictions in the Bible?

– Do science and faith conflict?

– Is it possible to prove God exists?

– Why did Jesus have to die?

– Do Christians have to go to church?

This book is for those who want a clear introduction to the essential teachings of Christianity to help them grow in faith and in preparation to share the basics of Christian belief.
Genre: Religion & Spirituality > Christianity > Theology 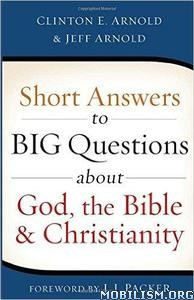 The Virtuous Life in Greek Ethics by Burkhard Reis (Editor)
Requirements: PDF Reader, 1.13 MB
Overview: There is now a renewed concern for moral psychology among moral philosophers. Moreover, contemporary philosophers interested in virtue, moral responsibility and moral progress regularly refer to Plato and Aristotle, the two founding fathers of ancient ethics. The book contains eleven chapters by distinguished scholars which showcase current research in Greek ethics. Four deal with Plato, focusing on the Protagoras, Euthydemus, Symposium and Republic, and discussing matters of literary presentation alongside the philosophical content. The four chapters on Aristotle address problems such as the doctrine of the mean, the status of rules, equity and the tension between altruism and egoism in Aristotelian eudaimonism. A contrast to classical Greek ethics is presented by two chapters reconstructing Epicurus’ views on the emotions and moral responsibility as well as on moral development. The final chapter on personal identity in Empedocles shows that the concern for moral progress is already palpable in Presocratic philosophy.
Genre: Politics & Social Sciences > Philosophy > Greek 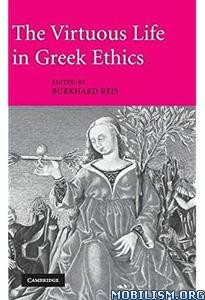 Philosophy and Real Politics by Raymond Geuss
Requirements: ePUB Reader, 1.7 MB
Overview: Many contemporary political thinkers are gripped by the belief that their task is to develop an ideal theory of rights or justice for guiding and judging political actions. But in Philosophy and Real Politics, Raymond Geuss argues that philosophers should first try to understand why real political actors behave as they actually do. Far from being applied ethics, politics is a skill that allows people to survive and pursue their goals. To understand politics is to understand the powers, motives, and concepts that people have and that shape how they deal with the problems they face in their particular historical situations. Philosophy and Real Politics both outlines a historically oriented, realistic political philosophy and criticizes liberal political philosophies based on abstract conceptions of rights and justice. The book is a trenchant critique of established ways of thought and a provocative call for change.
Genre: Non-Fiction > Philosophy 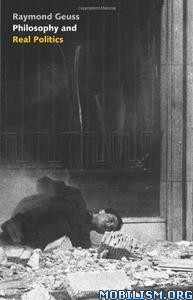 Peter Frase argues that increasing automation and a growing scarcity of resources, thanks to climate change, will bring it all tumbling down. In Four Futures, Frase imagines how this post-capitalist world might look, deploying the tools of both social science and speculative fiction to explore what communism, rentism, socialism and exterminism might actually entail.

Could the current rise of real-life robocops usher in a world that resembles Ender’s Game? And sure, communism will bring an end to material scarcities and inequalities of wealth—but there’s no guarantee that social hierarchies, governed by an economy of “likes,” wouldn’t rise to take their place. A whirlwind tour through science fiction, social theory and the new technologies already shaping our lives, Four Futures is a balance sheet of the socialisms we may reach if a resurgent Left is successful, and the barbarisms we may be consigned to if those movements fail.
Genre: Sociology > Social Theory 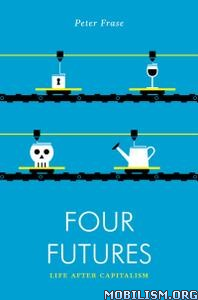