The Search for the Ultimate Sink: Urban Pollution in Historical Perspective (Series on Technology and the Environment) by Joel A. Tarr
Requirements: .ePUB Reader | 4.6 MB
Overview: Whether it comes by air, by land, or by water, pollution has long plagued the American city. And for just as long, the question of how to deal with urban wastes has taxed the minds of scientists, engineers, and public officials – and the pocketbooks of ordinary citizens. For more than twenty years, Joel A. Tarr has written about the issues of urban pollution. In this collection of his essays, Professor Tarr surveys what technology has done to, and for, the environment of the American city since 1850.

In studies ranging from the horse to the railroad, from infrastructure development to industrial and domestic pollution, from the Hudson River to the smokestacks of Pittsburgh, his constant theme is the tension between the production of wastes and the attempts to dispose of them or control them with minimal costs. The Search for the Ultimate Sink: Urban Pollution in Historical Perspective stands alone in its scholarly depth and scope. These essays explore not only the technical solutions to waste disposal, but also the policy issues involved in the trade-offs among public health, environmental quality, and the difficulties and costs of pollution control, and all this against the broader background of changes in civic and professional values. Any reader concerned with the interactive history of technology, the environment, and the American city will find in The Search for the Ultimate Sink an informative and compelling account of pollution problems from the past and a serious guide to urban policies for the future.
Genre: Non Fiction Science 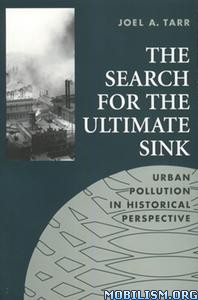 Rape Culture, Gender Violence, and Religion: Interdisciplinary Perspectives (Religion and Radicalism) by Caroline Blyth, Emily Colgan, Katie B. Edwards
Requirements: PDF Reader, 2.3 MB
Overview: This volume explores the multiple intersections between rape culture, gender violence, and religion. Each chapter considers the ways that religious texts, theologies, and traditions engage with contemporary cultural discourses of gender, sexuality, gender violence, and rape culture. Particularly, they interrogate the multifaceted roles that religious texts and teachings can have in challenging, confirming, querying, or redefining socio-cultural understandings of rape culture and gender violence. Unique to this volume, authors explore the topic from a range of disciplinary perspectives, including anthropology, theology, biblical studies, gender and queer studies, politics, modern history, art history, linguistics, religious studies, and English literature. Together, these interdisciplinary approaches resist the tendency to oversimplify the complexity of the connections between religion, gender violence, and rape culture; rather, the volume offers readers a multi-vocal and multi-perspectival view of this crucial subject, inviting readers to think deeply about it in light of the global crisis of gender violence.
Genre: Non-Fiction > Educational › Psychology & Psychiatry 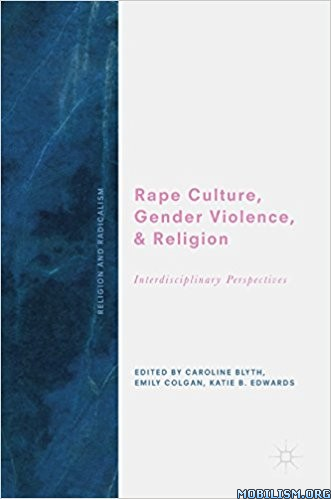 The Red-Hot Book of Spanish Slang: 5,000 Expressions to Spice Up Your Spainsh by Brenda Wegmann, Mary McVey Gill
Requirements: .ePUB Reader | 3.9 MB
Overview: Don’t sound like una momia–add a little sizzle to your Spanish!
If someone called you tragaldabas would you be insulted or flattered? If you shouted ¡Mota! in the street, would you expected to get a cab or get arrested? Thanks to The Red-Hot Book of Spanish Slang and Idioms, you’ll always know your tejemaneje (scheme) from your merequetengue (mess) no matter where you find yourself in the Spanish-speaking world. Five thousand words and phrases–plus helpful hints as to what’s cordial and what’s vulgar–keep you in sync with Spanish slang.

Ugly as sin ser un espantapájaro (to be a scarecrow)
To be lucky tener leche (to have milk)
Why are you staring at me? ¿Tengo monos en la cara? (Do I have monkeys on my face?)
Genre: Non Fiction Reference Language Spanish Kafka’s Indictment of Modern Law by Douglas E. Litowitz
Requirements: .ePUB Reader | 1.7 MB
Overview: The legal system is often denounced as “Kafkaesque”—but what does this really mean? This is the question Douglas E. Litowitz tackles in his critical reading of Franz Kafka’s writings about the law.

Going far beyond Kafka’s most familiar works—such as The Trial—Litowitz assembles a broad array of works that he refers to as “Kafka’s legal fiction”—consisting of published and unpublished works that deal squarely with the law, as well as those that touch upon it indirectly, as in political, administrative, and quasi-judicial procedures. Cataloguing, explaining, and critiquing this body of work, Litowitz brings to bear all those aspects of Kafka’s life that were connected to law—his legal education, his career as a lawyer, his drawings, and his personal interactions with the legal system. A close study of Kafka’s legal writings reveals that Kafka held a consistent position about modern legal systems, characterized by a crippling nihilism. Modern legal systems, in Kafka’s view, consistently fail to make good on their stated pretensions—in fact often accomplish the opposite of what they promise. This indictment, as Litowitz demonstrates, is not confined to the legal system of Kafka’s day, but applies just as surely to our own.

A short, clear, comprehensive introduction to Kafka’s legal writings and thought, Kafka’s Indictment of Modern Law is not uncritical. Even as he clarifies Kafka’s experience of and ideas about the law, Litowitz offers an informed perspective on the limitations of these views. His book affords rare insight into a key aspect of Kafka’s work, and into the connection between the writing, the writer, and the legal world.
Genre: Non Fiction Politics Social Sciences 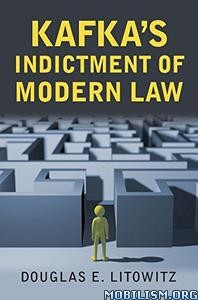 Anguished English: An Anthology of Accidental Assaults Upon Our Language by Richard Lederer
Requirements: .ePUB Reader | 2.9 MB
Overview: Anguished English is the impossibly funny anthology of accidental assaults upon our common language. From bloopers and blunders to Signs of the Times to Mixed-Up Metaphors . . . from Two-Headed Headlines to Mangling Modifiers . . . it’s a collection that will leave you roaring with delight and laughter.

Grandmother of eight makes hole in one! 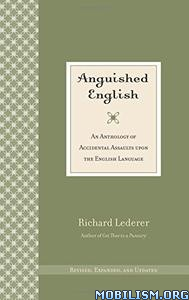 Controversies in Tax Law: A Matter of Perspective (Controversies in American Constitutional Law) by Anthony C. Infanti
Requirements: PDF Reader, 1.6 MB
Overview: This volume presents a new approach to today’s tax controversies, reflecting that debates about taxation often turn on the differing worldviews of the debate participants. For instance, a central tension in academic tax literature – which is filtering into everyday discussions of tax law – exists between ‘mainstream’ and ‘critical’ tax theorists. This tension results from a clash of perspectives: Is taxation primarily a matter of social science or of social justice?
Genre: Non-Fiction > Law 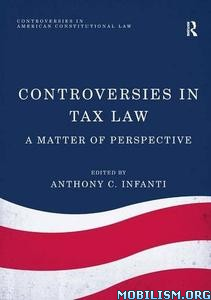 Number Play by Gyles Brandreth
Requirements: PDF Reader, 3 MB
Overview: This is a book by a man who almost failed 0 Level maths and abandoned university economics at the end of his first year. Fortunately that doesn’t matter, because this isn’t a book about mathematics or economics – or divinity for that matter. It’s a book about numbers – in all their multifarious manifestations, from telephone numbers to ‘magic squares’ of numbers, from the number of days in the week to the number of dollars in a sextillionaire’s bank account.
Genre: Non-Fiction: Educational 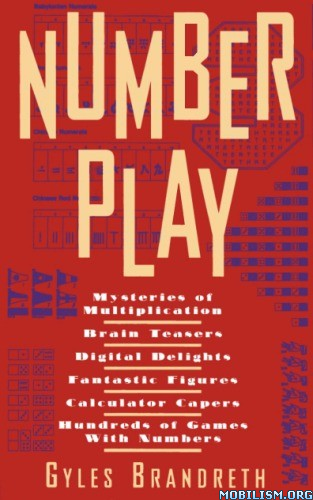 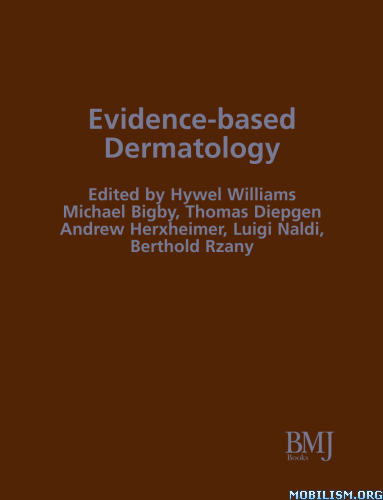 How Things Might Have Been: Individuals, Kinds, and Essential Properties by Penelope Mackie
Requirements: PDF Reader, 1.3 MB
Overview: How are we to distinguish between the essential and accidental properties of things such as individual people, cats, trees, and tables? Almost everyone agrees that such individuals could have been different, in certain respects, from the way that they actually are. But what are the respects in which they could not have been different: which of their properties are essential to their being the individuals that they are? And why? Following the revival of interest among analytic philosophers in essentialism and de re modality generated by the work of Kripke and others in the 1970s, these questions have been the subject of intense, yet still unresolved, debate. In this book, Penelope Mackie challenges most of the answers that have been given to these questions. Via a critical examination of rival theories, she arrives at what she calls "minimalist essentialism," an unorthodox theory according to which ordinary individuals have relatively few interesting essential properties, and intuitions that appear to support stronger versions of essentialism are interpreted as consistent with the theory. The topics discussed include the rivalry between the interpretation of de re modality in terms of "identity across possible worlds" and its interpretation in terms of David Lewis’s counterpart theory, some notorious modal puzzles generated by the theory that individuals exist with different properties in different possible worlds, the notion of an individual essence, Kripke’s "necessity of origin" thesis, and the widely held view that there are sortal properties that are essential properties of the things to which they belong. The book also includes a discussion of the relation between essentialism about individuals and essentialism about natural kinds, and a critical examination of the connection between semantics and natural kind essentialism.
Genre:Non-Fiction: Educational Freehand: Sketching Tricks and Tips Drawn From Art by Helen Birch
Requirements: PDF Reader, 67.4 Mb
Overview: Freehand examines around 200 sketches and illustrations by young contemporary artists, in each case highlighting and explaining the drawing techniques, qualities, and effects with extended captions, insightful tips, and practical advice. Four main categories unify the book: Principles, Drawing Media, Types of Drawing, and Subjects. Each sketch clearly indicates which principle is being exemplified, the media used, the subject of the drawing, and the type of drawing.
Genre: Non-Fiction > Educational 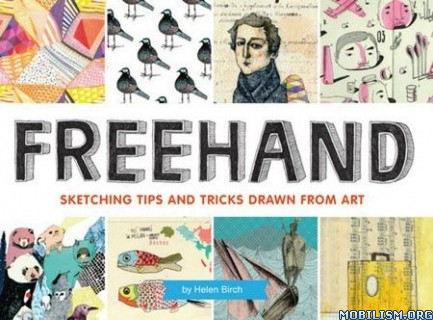